For decades, the infamous bridge at the edge of Bob Pettit Boulevard has welcomed Tigerland bar hoppers and young adults seeking affordable housing.

So, when it closed in November for needed renovations, you can imagine the slew of inconveniences that it caused for everyone.

For eight months, the once quick trip to the area was replaced with a lengthy journey that required drivers to enter the subdivision by going down Nicholson and then Brightside. Many tried to bypass this by crossing the closed bridge and failed.

Videos surfaced online of Tigerland patrons attempting to cross and climb up the partially torn-down bridge. The most memorable results were a broken leg and submerged car.

Many cited this as a safety concern and urged officials to find a solution.

All this buzz eventually caught the attention of Bud Light, who donated $5,000 to Mockler Beverage’s GoFundMe campaign to create a permanent pedestrian bridge for the area.

Mockler President Chris Davis described the effort as the start of long-term improvements for the Tigerland area.

“This is us as a community doing what’s right to make that place safer, and, quite frankly, it probably should have been done years ago,” Davis stated in an interview.

Fred’s Bar and Grill owner, Marc Fraioli, also lobbied for months in an effort to install a temporary pedestrian bridge while construction went on. The closure of the bridge complicated things for Tigerland business owners, who were also faced with the dilemma of having only one way to enter and exit the neighborhood.

I found the approaches taken regarding this situation interesting, as some were willing to talk things out and wait for answers, while some people literally tried to ascend a demolished bridge, which I’m sure is a metaphor for something

Neither is inherently right or wrong, but does reveal how much the Tigerland area and having access to it means to the community. Whether you’ve visited Fred’s or grabbed a snack from Akasha Market, many LSU students have memories tied to the neighborhood.

Bob Pettit Memorial Bridge recently reopened operations, and it’s honestly been a relief to watch pedestrians flow in and out of Tigerland safely again. Even though complaints didn’t necessarily speed this process up, at least residents found laughs and common ground in this whole fiasco.

Watching this ordeal unfold has inspired me to be proactive about my complaints. If something is making your life harder, speak up; there may be other people with similar sentiments who can spread the word and help you garner support. 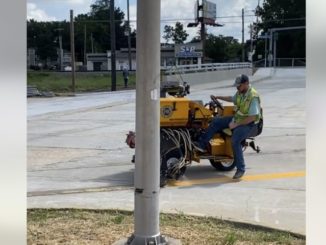 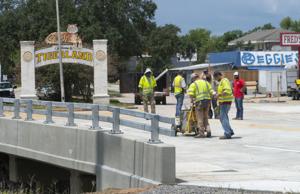 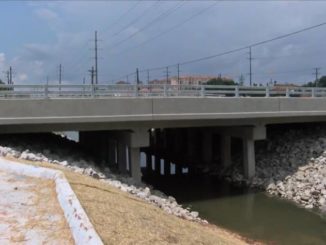 Tigerland bridge reopens after months of construction
About Mary Weyand 2472 Articles
Mary founded Scoop Tour with an aim to bring relevant and unaltered news to the general public with a specific view point for each story catered by the team. She is a proficient journalist who holds a reputable portfolio with proficiency in content analysis and research. With ample knowledge about the Automobile industry, she also contributes her knowledge for the Automobile section of the website.