Raw oysters and the Eggplant Michelle from Phil’s Oyster Bar

When my family from the Midwest visits Louisiana, they always want one thing: raw oysters. There’s just simply no comparison between the oysters down here and what they can get back home in Chicagoland. So on a recent visit, I took them to Phil’s Oyster Bar for a midafternoon snack. The simple fact that the restaurant has the word “oyster” in the name was promising.

Despite the month of our visit not having the letter “r” in it (you’ve heard that old, now defunct saying), the oysters were fresh and a great size. Phil’s dishes raw oysters for $10.99 a half dozen or $21.99 a dozen.

To round out the snack, we ordered the Eggplant Michelle ($11.99). I think the appetizer managed to beat out the oysters. The dish features pan-fried eggplant, crawfish, mushrooms and green onions with a hollandaise topping. The separate flavors blended together harmoniously and the eggplant was perfectly fried.

Phil’s has a vast menu for both lunch and dinner, but I’ll be happy to visit again for just a snack.

Ask anyone in my family for my thoughts about pie. While living in the Great White North, it was fairly common to load everyone into the car and drive an hour to a mountaintop just for the dessert course. Having Elsie’s in town makes such trips so much easier.

The Steak and Loaded Potato Pot Pie was on Elsie’s Restaurant Week menu, and well worth the hourlong wait for a table. What’s in it? There was plenty beyond the steak and potatoes – presumably bacon, green onions, cheese. It matters not. It’s well worth asking for it.

Regrettably, straying from the traditional pie course at a restaurant with “Pie” in its name was a learning experience. The Bumbu Rum Praline Nachos just didn’t measure up to 3.14 or higher (look it up).

The Bananas Foster Old Fashioned made up for it, and having the bartender accidently make a second was a brilliant mistake.

Elsie’s is open until 9 p.m. Sundays and Mondays, 10 p.m. Tuesdays through Thursdays and 11 p.m. Fridays and Saturdays. It opens at 10 a.m. on weekends and 11 a.m. weekdays. (Metro Editor Kelly P. Kissel)

When Southfin first opened its location on Perkins Road, I’ll admit that I was iffy about the concept. I’ve never been a huge fan of raw fish. But over time and several visits of changing my order, I warmed up to cold fish dish that originated in Hawaii. Now Southfin is my absolute go-to for a quick takeout lunch.

If you’ve never tried poké, it’s a Hawaiian street-food dish that typically includes raw fish and vegetables over rice. Southfin puts a Louisiana twist on it, from crawfish to a purple rice created at the LSU Ag. Center. The owner, Eusebio Gongora, was also previously on Chopped and Guy’s Grocery Games.

The spicy salmon poke bowl from Southfin features salmon, but I also add shrimp and crab salad. The sauce is a blend of honey sriracha and miso dressing. For the toppings, this dish comes with green onions, mango, sweet onion, fried wontons, cherry tomatoes, cucumbers and pickled jalapenos. I hold the mango and jalapenos, but add avocado edamame.

Southfin also features a specialty bowl of the month that continually tempts me to stray from my go-to bowl. It’s second location on Perkins Road also has a grill so it offers hot dishes that aren’t available at the original spot.

And don’t worry, if you’re also iffy about raw fish, Southfin has shrimp and cooked chicken options to help you ease in to the poké concept. 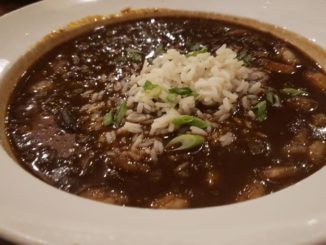 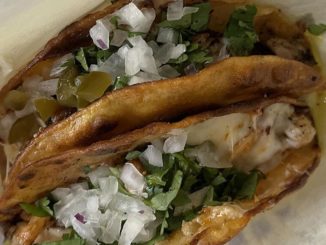 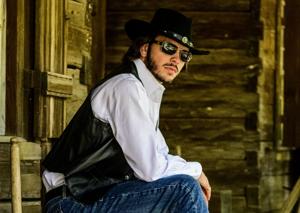 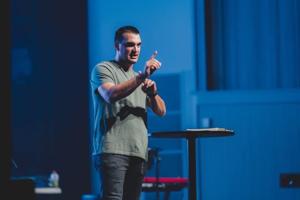 Faith Matters: Progression Church brings millennial melting pot together
About Mary Weyand 2087 Articles
Mary founded Scoop Tour with an aim to bring relevant and unaltered news to the general public with a specific view point for each story catered by the team. She is a proficient journalist who holds a reputable portfolio with proficiency in content analysis and research. With ample knowledge about the Automobile industry, she also contributes her knowledge for the Automobile section of the website.