Returning to his alma mater after almost 30 years, Todd Manuel was named LSU’s first-ever Vice President of Inclusion, Civil Rights and Title IX, taking an office created amidst a national Title IX scandal, the tremors of which are still reverberating through campus.

Manuel, who officially takes over the role from interim Vice President Jane Cassidy in September, said that his first action will be to get to know the university.

“The top priority will be listening, understanding what is happening on campus,” Manuel explained. “Understanding the complexities of those challenges in this space of equity, you really have to understand people’s lived experiences if you are going to meet the needs that exist. The second piece of that is applying intentional solutions that really make sense for those groups.”

Graduating with a bachelor’s in accounting from LSU in 1995, then earning a law degree from the Southern University Law Center in 1998, Manuel has specialized in organizational diversity since 2015, holding a position as director of organizational health and diversity at Entergy.

Since 2021, Manuel has also been the vice president of diversity, equity and inclusion transformation at the Edison Electric Institute, which represents electric companies.

Manuel has no previous experience working in higher education.

Despite lacking experience in higher education, Manuel assured the campus community that his previous roles in organizational diversity have adequately prepared him for the task of tackling the ongoing issue of diversity on LSU’s campus.

Still, he is aware of the learning curve the new job, like any, will have.

“When you step into a new environment, you do the best that you can in terms of making sure that you actively seek out opportunities to engage with folks. And that is how you’re able to manage that learning curve,” Manuel said. “For me, one of the priorities will be engaging with folks on campus, getting to know folks and getting to understand this culture as it exists today.”

Returning to LSU’s campus after 30 years, Manuel has noticed how things have changed, like how his old dorm hall, Hatcher, has been transformed into office space, and the union arcade, where he spent time between classes playing Pac Man, has also been repurposed.

Still, Manuel emphasized that he is not a stranger to LSU’s community and hopes to engage thoroughly to make the transition as smooth as possible, while learning about what issues matter most to the community.

Manuel’s position, effective Sept. 1, is one that seeks to “build a true national model for an integrated approach to serving protected classes and improving institutional climate on a large college campus,” reads a July 13 news release announcing Manuel’s new role.

Manuel “will develop, deliver and oversee LSU’s Title IX compliance programs and obligations,” as well as “provide leadership in the prevention of and response to all matters of discrimination on LSU campuses and will oversee initiatives that ensure students from historically underrepresented populations matter and belong in the LSU community,” the news release reads.

He explains that his “office will be tasked with really understanding what best practices are” in regard to ADA, Title IX and racial equity.

With complaints of Americans with Disabilities Act compliance appearing at a more frequent rate, two reports being filled regarding the university’s handling of Title IX procedures and an ongoing debate about national racial injustice, Manuel feels there is no better time than the present to work on these equally important issues in parallel with one another.

“A priority is making sure that in everything we do equity is a part of that conversation,” he said. “I think when we look at the civil rights issues that have been bubbling, not only on campus, but across the entire United States, we can reach solutions that really are of value to the university and students and faculty alike.”

Similarly, Manuel plans for his office to keep an eye on discriminatory bills targeting transgender people, as well as education based on race and sexuality, especially where the bills directly impact the LSU community.

“As with anything that touches the space of this office, whether we’re talking about inclusion, civil rights, or Title IX, we have to advance the interest of our faculty, our students, our alumni,” he explained. “We have an obligation to make sure that we are tied to the community and that we are applying best practices as it relates to everything that we do and touch.”

Manuel explained that, while plans of changes are great to have on paper, his new position will be defined by more than just what he says.

In addition to understanding student needs and putting programs in place to protect the LSU community, actively applying solutions is the most important theme of Manuel’s upcoming tenure as Vice President of Inclusion, Civil Rights and Title IX.

“I think it goes back to an old adage that actions speak louder than words,” he explained. “As I sit here today, my words are one thing, but the action that we have to put in place around these words, that’s where the real meaning is going to take place.” 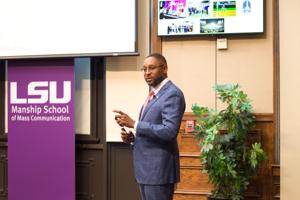 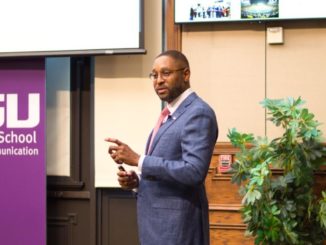 ‘We’re not gonna cover it up’: meet the candidates for VP of inclusion, civil rights and Title IX 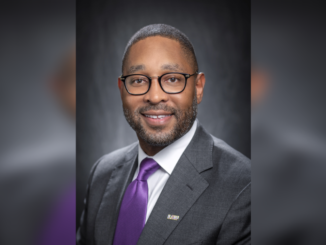 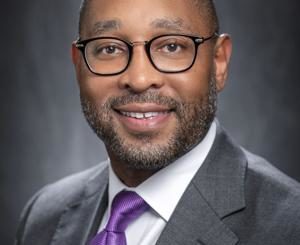 Entergy diversity officer to lead expanded LSU office dedicated to Title IX, civil rights
About Mary Weyand 2472 Articles
Mary founded Scoop Tour with an aim to bring relevant and unaltered news to the general public with a specific view point for each story catered by the team. She is a proficient journalist who holds a reputable portfolio with proficiency in content analysis and research. With ample knowledge about the Automobile industry, she also contributes her knowledge for the Automobile section of the website.