LIVINGSTON PARISH – A boil water advisory has been issued for some homes in French Settlement Saturday morning following a break in a main line.

French Settlement officials initially announced a water outage in the village around 9:44 a.m. Saturday after a main line on LA 444 was busted by someone dumping tree stumps, causing a decrease in water pressure.

Around 9:54 a.m., officials said the village’s water will be pressured back up in about an hour, but around 100 homes along LA 444 and LA 16 have been placed under a boil advisory.

A large pallet of bottled water is available to the community while the problem is being fixed.

“Due to the loss of pressure, the French Settlement Water Supply, PWS ID No. LA1063019, needs to notify customers that live on Highway 444 and customers between Highway 444 and Highwater to boil their water prior to consumption (e.g., washing hands/face, brushing teeth, drinking, etc). Children, seniors, and persons with weakened immune systems are particularly vulnerable to harmful bacteria, and all customers should follow these directions.

To ensure destruction of all harmful bacteria and other microbes, water for drinking, cooking, and ice making should be boiled and cooled prior to consumption.  The water should be brought to a vigorous rolling boil and then boiled for two minutes. In lieu of boiling, you may purchase bottled water or obtain water from some other suitable source. When it is no longer necessary to boil the water, the public water system officials will notify customers that the water is safe for drinking water or human consumption purposes.

Once the boil water notice is no longer in effect, the public water system will issue a notice to customers that rescinds the boil water notice in a manner similar to this notice. Please share this information with all the other people who drink this water, especially those who may not have received this notice directly (for example, people in apartments, nursing homes, schools, and businesses). You can do this by posting this notice in a public place or
distributing copies by hand or mail.” 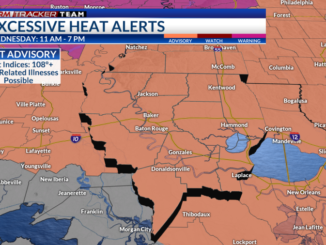 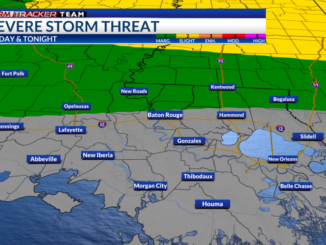 Thursday Night: No Heat Advisory issued for Friday; Better shot for storms instead 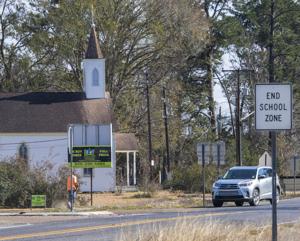 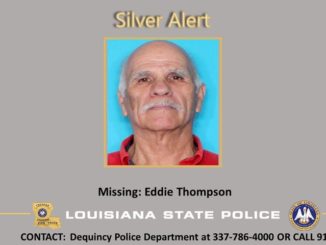 Silver Alert issued for missing elderly man from Calcasieu Parish
About Mary Weyand 2624 Articles
Mary founded Scoop Tour with an aim to bring relevant and unaltered news to the general public with a specific view point for each story catered by the team. She is a proficient journalist who holds a reputable portfolio with proficiency in content analysis and research. With ample knowledge about the Automobile industry, she also contributes her knowledge for the Automobile section of the website.