Members of the oversight board for Baker and Baton Rouge’s bus system face investigation and potential removal following a series of scandals that drew scrutiny from Metro Council.

“The majority of the council members have a concern about the service for the constituents of Baton Rouge that’s being rendered by that board,” said Coleman, who serves as the council’s representative on the CATS board.

Kahli Cohran, president of the CATS board, said he has received limited direct contact from Metro Council members despite their public criticism of the board. He welcomed an investigation.

“It’s an opportunity to make the record plain and clear as to the actions I’ve taken as a member of the board,” Cohran said.

Racca noted that most members of the CATS board were not appointed by the current iteration of the council, which largely took office in January 2021. No member of the CATS board will be safe from scrutiny, Racca said, although she expressed satisfaction with recent council appointees Patrick Downs and Melissa DeGeneres.

The committee will hire an attorney to investigate members of the CATS board to determine if the council has proper cause for removing any of them from the board, Racca said. If cause is established, the full Metro Council will have to vote on removal, Racca said.

The CATS board of commissioners has faced a wave of criticism from members of the Metro Council since April, when the board voted to strip former CEO Bill Deville of his title and duties without terminating his contract. That decision allowed Deville to continue collecting a $190,000 annual salary through the expiration of his contract in September 2023.

Former chief operations officer Dwana Williams was named interim CEO of the agency during that April meeting, but Deville’s state of limbo sparked further controversy in June when the board of commissioners attempted to grant Williams a new contract and pay raise to coincide with her promotion while the agency was still paying Deville.

Half of the Metro Council said they would support removing members of the CATS board, accusing them of mishandling the taxpayer dollars that fund the agency.

The board backed down from approving a new contract Williams in June amid the criticism, then met for a special meeting later in the month during which Deville’s contract was finally terminated.

Racca called the board’s actions over the month of June “knee-jerk reactions” to public criticism and said at the time she was not satisfied with the board’s resolution of the controversy over Deville’s contract.

Coleman said she’s been disappointed with the CATS board since joining in January, noting many of its members have been serving on the board for years.

“I wouldn’t tell anybody I’ve been on anything for that long with this many issues,” Coleman said. “The conversation is and was, take a look at what is here, scratch the board and start all over again.”

Parry “Matt” Thomas resigned from the board of commissioners earlier this month, leaving eight members including Coleman. Thomas’ resignation will allow the Metro Council to appoint another new member.

The CATS board of commissioners sets policy, approves large contracts and appoints the agency’s CEO. The CEO controls all other personnel decisions and day-to-day operations of the agency.

“CATS, as an agency, has no input with regards to the appointment or removal of members of the Board of Commissioners,” agency spokeswoman Deanna Wallace wrote in a statement. “It is the prerogative of the Metro Council to select the Board of Commissioners and provide oversight. Our dedicated team at CATS remains focused on connecting you to the things that matter by providing safe and reliable transportation to the citizens of Baton Rouge and Baker.”

In the months since being named interim CEO, Williams negotiated an agreement on a contract for the agency’s union, clearing the way for an end to clashes with the union that were a frequent source of public controversy.

“I feel good because we’re at a place now where we can transition and turn in a positive direction, something I’ve wanted to do for a long time,” Cohran said. 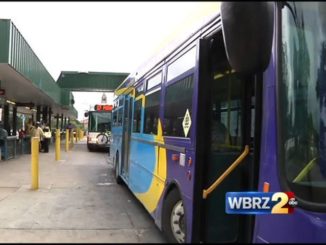 Amid Nakamoto reports on problems at bus system, metro council weighs independent investigation of CATS board 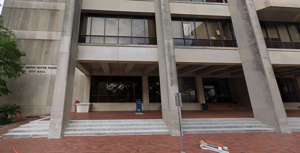 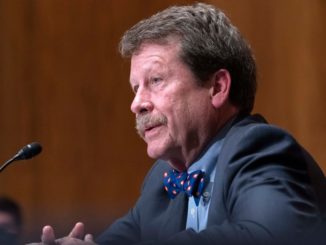 FDA weighs oversight changes after Juul, formula troubles
About Mary Weyand 2472 Articles
Mary founded Scoop Tour with an aim to bring relevant and unaltered news to the general public with a specific view point for each story catered by the team. She is a proficient journalist who holds a reputable portfolio with proficiency in content analysis and research. With ample knowledge about the Automobile industry, she also contributes her knowledge for the Automobile section of the website.