A Black motorist who suffered a brutal beating by a Louisiana State Police trooper ended up thrown in jail and criminally indicted for the encounter. Now, the state Attorney General’s office has dropped those charges as the former trooper involved in the incident faces a federal lawsuit as well as two criminal cases.

Aaron Bowman, a 47-year-old man from Monroe, received stitches on his head after allegedly suffering 18 blows with a flashlight wielded by then-State Police Trooper Jacob Brown in a May, 2019 encounter outside Bowman’s home. The incident came just weeks after the death of another Black motorist, Ronald Greene, on a Monroe-area roadside in State Police custody.

Bowman’s incident ended in his arrest, with officers alleging he committed improper lane usage, aggravated flight from an officer, resisting an officer and battery of a police officer in the moments before the encounter. He was booked into jail on July 15, 2019 — half a month after the alleged beating.

Both Tew and the attorney general’s office did not immediately return messages Wednesday evening.

Bowman filed a civil rights lawsuit in 2020 over the incident. After that suit was filed, State Police did its own probe and later booked Brown on one count each of aggravated second-degree battery and malfeasance in office. Federal prosecutors announced a civil rights charge about a year later.

Bowman’s encounter was one of several in a relatively short period where members of Troop F, which patrols a dozen northeast Louisiana parishes, exacted brutal tactics on Black motorists, Greene among them. The incidents plunged State Police into a scandal that has yielded promises of reform and a salvo of investigations from the federal and state level into the agency’s culture and tactics.

Separate records say officers from multiple agencies — including State Police and the Ouachita Parish Sheriff’s Office — followed Bowman to his Monroe home with lights flashing to initiate a traffic stop after he allegedly crossed the center line in the road. Bowman later told authorities that he “saw the lights and (heard the) audible sirens but was scared to pull over.”

When Brown arrived on the scene, he saw three officers “attempting to detain Bowman,” appearing to struggle with him on the ground and attempting to handcuff him, an arrest warrant for the former trooper says. Bowman was lying on the ground with his hands in front of him when Brown struck Bowman on the head with his flashlight, which was outfitted with a tip designed specially to shatter vehicle glass, according to the warrant.

Brown would continue to “jab” at Bowman with the flashlight repeatedly, the warrant says.

Investigators who reviewed body camera video from the scene said Bowman, while he was resisting, did not appear aggressive toward the officers and that Brown seemed to be the only one who struck him. The others were attempting to handcuff Bowman with verbal commands and using their hands.

Landry’s office took the case after what attorney Whiddon described as an unusual conversation with Tew and other lawyers working on Bowman’s civil suit. According to a transcript, Tew, the district attorney, reprimanded the attorneys, saying the civil suit was “not fair to the officers,” before his recusal.

“I will be frank with you, I am not going to gut the officers’ defense in their civil case by dismissing Aaron Bowman’s criminal charge of resisting arrest,” Tew said, according to the transcript, which came in a sworn court statement by Donecia Banks-Miley, one of the attorneys on the civil case.

Attorneys for Brown, 32, recently filed several motions to continue his criminal trial in state court, records show. They could not immediately be reached for comment Wednesday evening. 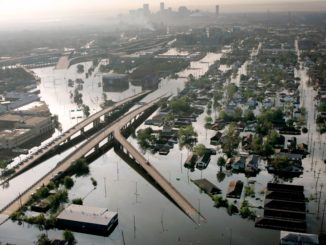 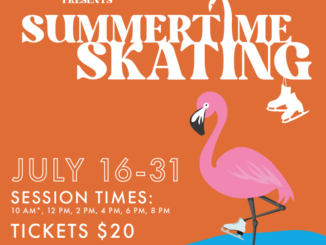 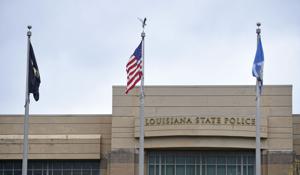 St. Helena Parish mourns the loss of 25-year deputy: ‘I never once had a complaint on him’
About Mary Weyand 2472 Articles
Mary founded Scoop Tour with an aim to bring relevant and unaltered news to the general public with a specific view point for each story catered by the team. She is a proficient journalist who holds a reputable portfolio with proficiency in content analysis and research. With ample knowledge about the Automobile industry, she also contributes her knowledge for the Automobile section of the website.