Though U.S. Magistrate Judge Dana M. Douglas, of New Orleans, wouldn’t tell the U.S. Senate Judiciary Committee Wednesday how she personally felt about the recent high court decision that returned access to abortions to individual states, she promised to follow the precedent set if considering such cases on the federal appellate bench.

“I understand it to be the current precedent for the United States Supreme Court,” Douglas said during her confirmation hearing to join the 5th U.S. Circuit Court of Appeals. “As a sitting judge and also as a judicial nominee, I don’t think it is appropriate for me to speak in terms of what I believe. But it has always been my position to follow any precedent that has been set forth by the 5th Circuit or the Supreme Court. I intend to do that.”

The niece of Warren Woodfork Sr., the first Black superintendent of the New Orleans Police Department, Douglas would become the first Black female 5th Circuit judge, if confirmed by the Senate, according to the Federal Judicial Center database.

The appellate court based in New Orleans sits between the U.S. Supreme Court and the federal district trial courts in Louisiana, Mississippi, and Texas.

The 5th Circuit was once known for appellate rulings that progressed the civil rights movement of the 1950s and 1960s. Now with 17 active judges and nine senior judges, the 5th Circuit is known as a bastion of conservative legal thought, which sussed out the theories that led the Supreme Court to abolish federal protections for abortions.

For the most part GOP senators, who combatively drilled Biden’s other judicial nominees at Wednesday’s hearing, left Douglas alone.

U.S. Sen. Chuck Grassley, R-Iowa and the committee’s ranking minority member, asked about the U.S. Constitution being a “living document,” a moniker that some legal scholars say means that because the founding document can be amended, it can also be interpreted differently as the times dictate.

“I do not believe in the Constitution being a living document. I have approached each case that I have presided over by first reviewing the text of the statute or provision that is before me,” Douglas said.

Grassley interrupted saying, “Thank you. You have given a good answer.”

Sen. Marsha Blackburn, R-Tenn., was not as accommodating.

Blackburn noted that Douglas “had celebrated” the numerous members of law enforcement in her family, but that the nominee had also “professionally interacted” with attorneys supportive of reforming police procedures, like having a greater reliance on community policing.

“So, do you share in the promotion of these progressive police reform policies? Or do you support the men and women in uniform?” Blackburn asked.

“I am not aware of the comments or policies that you just spoke of. I am very proud of my family’s services,” Douglas said.

Blackburn interrupted and turned to another nominee.

Though the 5th Circuit courthouse on Lafayette Square in New Orleans is a stop on the U.S. Civil Rights Trail, only seven women have served on the 5th Circuit bench and none of those women have been Black, according to the Federal Judicial Center database.

“Compared with its general population, the 5th Circuit Court of Appeals is the least racially and ethnically diverse circuit court in the country,” according to a recent Center for American Progress analysis of diversity on the federal bench.

But then that’s not unusual.

Of the 809 appellate judges to have ever served throughout history, 13 have been Black women, according to a February study by Pew Research. Out of 293 federal appeals court judges serving today throughout the country, 10 are Black women.

Retired Louisiana Supreme Court Chief Justice Bernette J. Johnson, in a letter to the committee supporting the nomination, recalled how Douglas as a child often came to her court to visit her mother, who worked for the Orleans Civil Sheriff at the time.

Douglas received her law degree from Loyola University New Orleans College of Law in 2000. She clerked for U.S. District Judge Ivan Lemelle in New Orleans, then joined Liskow & Lewis, one of the state’s largest law firms. She managed commercial litigation and intellectual property law for 13 years. She also served on the New Orleans Civil Service Commission and became a federal magistrate judge in New Orleans in 2019. 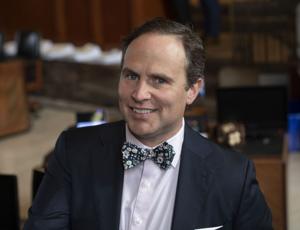 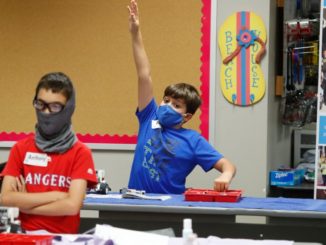 Appeals court upholds Texas block on school mask mandates
About Mary Weyand 2472 Articles
Mary founded Scoop Tour with an aim to bring relevant and unaltered news to the general public with a specific view point for each story catered by the team. She is a proficient journalist who holds a reputable portfolio with proficiency in content analysis and research. With ample knowledge about the Automobile industry, she also contributes her knowledge for the Automobile section of the website.