It was blistering hot around midday Tuesday when I got out of my truck in the nearby healthy foods grocery store parking lot. I was there to get something that was healthy. The real reason, though, was that I have one of those watches that count the number of steps taken. I needed steps.

To meet my goal of 10,000 steps a day, I often walk in the air-conditioned comfort of large grocery stores under the guise of shopping. I’m probably on security camera watch lists at big box stores around Baton Rouge.

On this day, I “shopped” for about 15 minutes before strolling to the checkout counter with broccoli, cashews and a canned drink that listed hardly any sugar and a smidgen of calories. Obviously, it was going to taste bad, but it would not cheat the fat-killing extra 723 steps I had amassed in the store.

When I exited, I noticed an elderly woman sitting on the pavement in the parking lot next to a car. A store employee was talking to her. It was a strange scene.

I had the urge to go over there, but it appeared the situation was under control. Other customers looked but continued on. Some of them probably had to get their steps in, too.

The woman continued to sit, motionless. More people looked and continued on. I was going to be one of them. As I focused on my vehicle, I concluded that someone would have to help the woman up because it appeared the store employee would not be able to do it.

There were car keys, earrings and a purse on the ground at the scene. Was this a robbery gone bad? Was it a medical episode? Had she just stumbled and fallen? Or worse, was this a lawsuit waiting to happen, if you know what I mean?

The store employee was doing more coaxing and not much to physically help her. Maybe that is what they are taught, I thought. So I told the employee that I’d get behind the woman and lift her up, if she would grab her by the hands and pull forward.

More people looked and walked on.

I started lifting her, but it was not easy. My mind started racing. What if I dropped her? What if I hurt myself? What if this was actually a lawsuit in the making? And my most dangerous thought was: This is an elderly White woman and here I am, a Black man, appearing to be dragging her. Her purse is right next to me. What if some hero “good guy with a gun” had just arrived and felt the need to intervene? None of the thoughts were far-fetched, and the last one was scary.

Once I got her upright, she didn’t say much immediately. “Are those my earrings?” she then said, pointing to them on the ground. “Oh, where are my keys?” which I had in my hand because I had opened the driver side door, planning to sit her in the front seat.

After it appeared she was coherent — I thought I heard “thank you” — and could get in her car, I turned and grabbed my precious bag of calorie-deprived food and left. Two men stared for a few seconds but continued on.

As I was walking away, my thoughts bounced everywhere. Would the 20-year-old me have helped this woman? I’m not sure. Why did I do it this time? Why didn’t some of the passersby come over to assist, or at least ask if they could help?

I was surprised, too, that in these days of social media, none of the nonhelpers had taken out a cellphone to record the incident.

In the end, I sat in my truck for a while, eating cashews and sipping on the tasteless (as I expected) drink. I drove back to the scene and the car was gone.

I sat and considered that in just a few minutes I had taken serious personal actions resulting in deep thoughts about myself and about society that I never saw coming. And, the good part was that it all happened in an extra 964 steps. 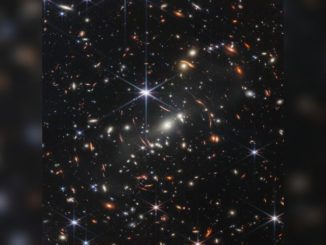 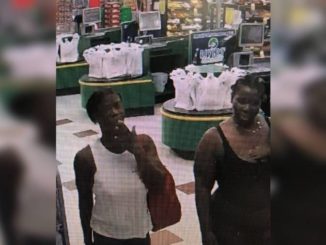 Southwest Virginia flooding damages homes, prompts rescues
About Mary Weyand 2624 Articles
Mary founded Scoop Tour with an aim to bring relevant and unaltered news to the general public with a specific view point for each story catered by the team. She is a proficient journalist who holds a reputable portfolio with proficiency in content analysis and research. With ample knowledge about the Automobile industry, she also contributes her knowledge for the Automobile section of the website.