BATON ROUGE – Governor John Bel Edwards announced a plan Thursday to lead a delegation of state and business leaders on a trip overseas to study flood control measures in France and the Netherlands.

The governor is scheduled to arrive in Europe on Friday.

The governor’s office said the visit was born out of an invitation from Kingdom of the Netherlands Special Envoy for International Water Affairs, Ambassador Henk Ovink, who will accompany the governor as they discuss “the latest advancements the country has made in the areas of flood control and water management.”

During the visit, the governor and his team also plan to share Louisiana’s own “expertise” and experiences in addressing flood risks.

Read the full statement from the governor’s office below.

This Friday, Gov. John Bel Edwards will lead a delegation of business and state leaders on an economic development, water management and resiliency mission to the Netherlands and France. The delegation includes representatives from Louisiana Economic Development, the Coastal Protection and Restoration Authority, The Water Institute of the Gulf, the National Academies of Sciences, Engineering, and Medicine’s Gulf Research Program, the Port of New Orleans, New Orleans & Company, Shell and the Baton Rouge Area Foundation. They will explore flood control challenges facing France and the Netherlands and examine solutions those nations have implemented that could be applied to risk reduction strategies in our state, while also sharing our expertise and experiences from Louisiana.

The trip is the result of an invitation from the Kingdom of the Netherlands Special Envoy for International Water Affairs, Ambassador Henk Ovink, who will travel with Governor Edwards and the delegation between Amsterdam and Delft to discuss the latest advancements the country has made in the areas of flood control and water management. Ovink, one of the world’s pre-eminent water policymakers, will engage Louisiana’s team to discuss ways the state can leverage resiliency projects to drive business investments in a growing water management sector, anchored by the Baton Rouge Water Campus.

Gov. Edwards will see firsthand one of the Netherlands’ most ambitious and innovative flood control infrastructure innovations, the Room for the River Programme’s Noordwaard polder project. The delegation will also visit the water research campus in Delft which is home to Deltares, an international applied research group that collaborates with the Water Institute of the Gulf on flood risk reduction projects. They will get an up-close look at the Deltares Delta Flume project, which is the most advanced wave test facility in the world.

Gov. Edwards will also pay tribute to Louisiana’s military veterans while visiting Normandy in northern France, where he will raise awareness about a $400 million capital campaign for the National World War II Museum. That capital campaign is culminating in the recent dedication of the Bollinger Canopy of Peace, the opening of the post-war focused Liberation Pavilion later this year, and the brick-and-mortar museum campus expansion scheduled for completion in spring 2023. The National WWII Museum in New Orleans is an important economic driver for the state, with annual revenue of more than $70 million in 2021 and support for more than 400 direct and indirect jobs.

The delegation will leave Friday, August 5, and return Sunday, August 14.

“I am very grateful to the Netherlands Special Envoy for International Water Affairs Henk Ovink for inviting me and our delegation to his country to continue our work together on water management,” said Gov. Edwards. “This is a tremendous opportunity to learn from international leaders in flooding prevention, and to grow our economy while we’re at it. I also look forward to furthering Louisiana’s cultural and economic ties to France. It will be a privilege to visit Normandy to honor those who fought in World War II and raise international awareness of the world-class WWII Museum in New Orleans.”

Gov. Edwards will use the trip to advance Louisiana’s broader economic interests in meetings with major international companies. Executives from Shell will join the governor and state and local economic development officials to discuss the energy industry’s transition and potential future investments in the state. Terminal Investments Limited, one of the world’s leading container terminal developers, will engage the delegation in a discussion of supply chain challenges as the Port of New Orleans looks to expand Louisiana’s infrastructure.

The Governor will also work to advance progress on the establishment of a technical advisor position with the French Government. This position has been preliminarily approved by the French Ministry for Europe and Foreign Affairs and will be based in Louisiana. In a first for this type of position, the advisor will be dedicated to identifying and exploring future partnerships on issues pertaining to the economic implications of the energy transition, climate change, and related environmental issues. 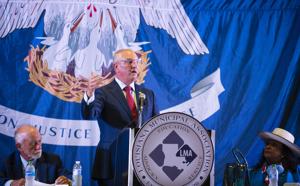 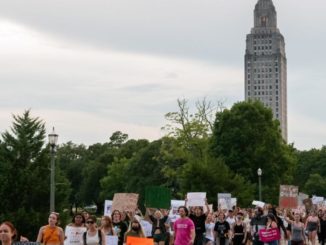 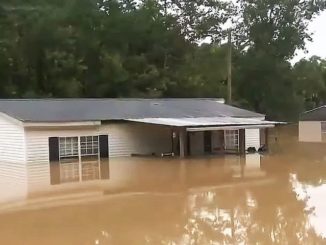 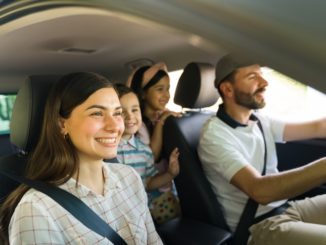 Five ways to save money on your next family road trip
About Mary Weyand 2472 Articles
Mary founded Scoop Tour with an aim to bring relevant and unaltered news to the general public with a specific view point for each story catered by the team. She is a proficient journalist who holds a reputable portfolio with proficiency in content analysis and research. With ample knowledge about the Automobile industry, she also contributes her knowledge for the Automobile section of the website.