“He knew it was a priority,” said Celine Mangan, who oversees LSU’s account for Altius, “and he wanted to set up a call.”

Kelly understood NIL’s role in a new era of college sports. The ability for athletes to profit under NCAA rules had reshaped the entire enterprise and influenced recruiting, thrusting the game into chaos. He wanted to chart a clear path forward.

Ever since, Kelly has talked regularly with the head of LSU’s new NIL department, Taylor Jacobs, and other athletic officials. He has a specific philosophy for how to use NIL within the football program, one that subtly differs from other coaches.

“Look, there’s a lot of sports involved here,” Kelly told The Advocate. “Everybody has an interest in this. But some of the interests are a little bit different. We’ve been meeting weekly to make sure we’re all on the same page.”

The conversations helped determine the next phase of LSU’s NIL strategy, which launched last week. Cleared by Louisiana’s amended state law to facilitate deals for the first time, LSU was one of six schools to join Altius’ new general manager program. The initiative places Altius staff members on campus to connect athletes and potential business partners.

If you are wondering what new LSU football coach Brian Kelly is like, you received good insight into the man if you were at Wednesday’s packed…

The revised legislation gave LSU more options a year after NIL laws went into effect across the country last July. Passed when schools expected restrictive guidelines from the NCAA, the original law unintentionally limited Louisiana teams by preventing them from facilitating deals. LSU focused on education, unable to do much more.

The athletic department can now arrange deals, review legal contracts and communicate with a third-party donor collective while continuing to provide education on anything from networking to taxes. The changes also eased the concerns of hesitant business owners.

“I do think things have worked out better to put LSU — and all schools in Louisiana — in a better position to compete fairly with all the other states,” local personal injury attorney Gordon McKernan said.

McKernan believed LSU was falling behind rival schools during the last recruiting cycle because of NIL, the laws of which vary from state to state with no federal framework. He has since signed more than a dozen LSU players to deals across multiple sports.

“It does allow more freedom, takes away some of the penalties that individuals may have faced and things like that,” McKernan continued. “I think LSU is on better footing.”

‘We just wanted to be proactive’

Altius approached LSU about its general manager concept several months ago, interested in sharing the idea with one of its first partners. The program seemed like a logical next step. Athletic director Scott Woodward wants a financially sustainable model, and LSU already knew the company, which has directed education sessions for athletes and local business owners.

“Once the law did change,” Jacobs said, “it became more clear that this would be a good avenue for us.”

The expanded partnership created a separate NIL component to the athletic department. Jacobs, who originally worked in compliance, recently received a new title as assistant athletic director for NIL and strategic initiatives.

After helping guide the school’s efforts for the last year with former executive deputy athletic director Stephanie Rempe, she will oversee two Altius representatives based in Baton Rouge. One who arrives in August has a background in marketing and personal branding.

“LSU already has a robust program,” Altius vice president of collegiate partnerships Brittney Whiteside said. “They are very creative and innovative in the space. It will be to help support them like we have been in their NIL efforts.”

The Altius staff members will “play a direct role in facilitating deals,” Mangan said, but they can’t assist Jacobs with recruiting presentations because they aren’t LSU employees. For now, they’ll help her sift through endorsement pitches submitted through LSU’s website. The school plans to ease into connecting athletes and businesses.

TAF president and CEO Matt Borman discussed his first year on the job, LSU’s upcoming facilities projects and how NIL might affect the organization’s future in an interview with The Advocate | Times-Picayune.

With different needs, the individual teams will have liaisons between their coaching staff and Jacobs’ department. Kelly designated assistant athletic director of player relations Ira Childress to represent the football team. Childress will be the primary contact when a player has questions about a potential deal or contract. Then he can coordinate with the NIL office.

“We don’t want them to enter into some bad deals where they give up their naming rights for some small deals and forfeit the opportunity to take advantage of their name, image and likeness,” Kelly said.

Roberts, now the director of player personnel and influence, will serve as the liaison as she tries to create more branding opportunities for athletes. The decision made LSU the first women’s basketball program in the country to dedicate a staff member to NIL.

As she tries to run her entire program, Mulkey said she didn’t have enough time to learn every nuance about NIL, especially after spending decades in a system where players weren’t allowed to get paid. She wanted someone on staff dedicated to the topic so there was no uncertainty when players asked questions.

“It was a much-needed responsibility,” Mulkey said. “I think it also sends a message that we’re here. We understand what’s going on, and we want to give student-athletes the opportunity that this new NIL stuff is allowing. We just wanted to be proactive.”

Every coach has a different philosophy. Kelly’s is specific.

He supports players’ ability to profit off their name, image and likeness, but he believes there should be standard regulations across the sport. He also expressed concern about other schools using NIL as a recruiting inducement, which violates NCAA rules, and he doesn’t want college athletes turned into professionals.

“The end game for me is I want to equalize our locker room,” Kelly said. “I want to give everybody the opportunity to be part of name, image and likeness.”

When he arrived last year, Kelly brought a detailed approach to the football team that didn’t exist before. He thinks every player, including walk-ons, should have a chance to profit from NIL. One primary way to do that will be involvement in community service events.

LSU players can also join a group that sells non-fungible tokens (NFTs) to fans in exchange for access and clubs in which money gets raised monthly. One called the Baton Rouge NIL Club launched Friday with at least 75 players on board. It has a goal of raising $50,000 per month by offering digital subscriptions.

Kelly understands the importance of earning money through NIL, but more than that, he wants LSU’s players to learn financial literacy. Endorsement deals can teach them how to do their taxes and improve their personal brands. He envisioned a holistic program that ultimately sets them up past football.

“We meet with coaches across the country,” Mangan said, “and the first time I ever met with Coach Kelly, his demeanor, his approach, his intuition but also his ability to see the bigger picture while being proactive in the space was something like I had never seen before.”

Kelly thinks NIL shouldn’t be used to bid on prospects. That’s why, when asked at Southeastern Conference media days if LSU had been “outbid” for recruits because it lacked funds from a donor collective, Kelly said, “If we were being outbid, then we’re going to be outbid if we have $50 million in our collective.”

When the state Legislature passed Louisiana’s first law on name, image and likeness last summer, it thought there would be guidance from the N…

It is also, in his mind, something that should be earned.

“There’s going to be opportunities for you to build off your name, image and likeness,” Kelly told The Advocate. “What we’re not going to do is be in a position to use inducements through recruiting. I don’t believe that’s the spirit of NIL. Don’t think it ever was. When we talk about throwing money around at somebody that hasn’t played for LSU, that’s just not how we’re going to operate.

“Will we say that LSU has a passionate fanbase and that we have collectives that are intimately involved in what’s going on? Absolutely. But it’s still for them to decide when they get here how they can still leverage their name, image and likeness.”

Kelly acknowledged the importance of a collective because in some instances, they provide money for NIL deals. The third-party donor groups sprung up around schools nationwide, and while the NCAA may eventually crack down on some for violating pay for play rules, they became an integral part of the system.

LSU can directly communicate with collectives now that the law has changed. Though publicly quiet to this point, one created by LSU supporters, Geaux Enterprises, has raised several million dollars and struck 15-20 deals, according to a source, helping LSU become more competitive in what it can offer.

Still, Kelly wants NIL used in a certain way. His approach may present a challenge in recruiting, but he feels comfortable that LSU can keep up and build a consistent football team.

“I know where some schools are going to be using this as a bidding war in the recruiting process, which is going to make it for us, in some instances, an area where we’re going to have to be more creative,” Kelly said. “But I like where we’re at. I like what we’re able to do here with our own office and our own direction.”

Earlier this year, Geaux Enterprises met with representatives from Altius about how to get more involved. During the meeting, people from Altius made an analogy about different approaches to NIL.

Some schools or their donors were brazenly spiking a football in the end zone. LSU was “on the 5-yard line,” a source in the meeting said. That way, it could score at any time while watching how the new era unfolded.

LSU has taken a calculated and patient approach to NIL ever since it went into effect. Mangan said Altius evaluates 10 to 20 different factors, ranging from institutional support to marketing, when it evaluates how athletic departments use NIL. LSU, she said, always focused on innovation and sustainability.

“Those are their two seemingly driving forces of the decisions that they make,” Mangan said, “both internally as a department and externally, which ultimately will lead to their success overall.”

Moving forward, Jacobs will continue to educate coaches and players. The topics will shift toward contract language and financial literacy now that everyone has spent a year living with NIL, but she wants to maintain an educational component while LSU eases into facilitating deals.

The department hopes every athlete has a chance to profit. It also doesn’t think a player should feel pressure to participate.

Just like they are responsible for how much they use NIL, the athletes control whether or not they sign a deal.

“It’s what the student-athlete’s going to make of it,” Jacobs said. “If they say this is too much, I don’t have enough time for it and they don’t want to pursue it, they don’t have to pursue it. Which is totally fine as well.” 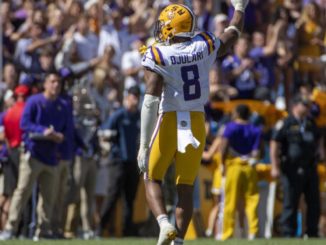 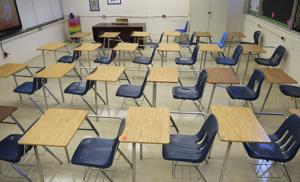 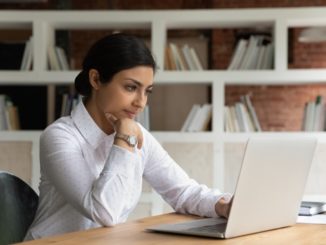 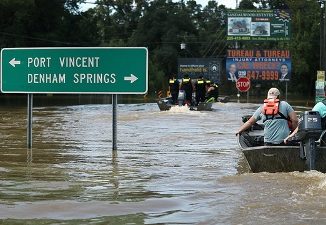 Bill advances to help 2016 flood victims get access to grant money
About Mary Weyand 2202 Articles
Mary founded Scoop Tour with an aim to bring relevant and unaltered news to the general public with a specific view point for each story catered by the team. She is a proficient journalist who holds a reputable portfolio with proficiency in content analysis and research. With ample knowledge about the Automobile industry, she also contributes her knowledge for the Automobile section of the website.