Calling it “a subsidy to Big Tech,” U.S. Sen. John N. Kennedy voted against a $290 billion bill that won bipartisan approval this past week to subsidize manufacturing by technology companies and boost spending on scientific research.

“These are extraordinary American companies that Congress just helped,” Kennedy said in an interview. “But they’re very profitable, and the supply of chips is growing now. My concern is the amount of money. For that amount, we could have doubled the R&D tax credit for every company in America.”

Kennedy, a Republican from Madisonville, is running for re-election this year, and his main three Democratic opponents all said they supported the bill, which aims to counter China’s growing high-tech industry by subsdizing production in the U.S.

“The CHIPS Act gave Sen. Kennedy an opportunity to side with China or the American people on national security, jobs, and the spiraling cost of necessities like the family car. Kennedy picked China,” Gary Chambers Jr., a social justice activist from Baton Rouge, said in a statement. “My opponent said NO to this bipartisan investment in domestic chip manufacturing that will lower the cost of goods for hard working Americans, create thousands of manufacturing jobs here in the U.S., and strengthen America’s position as a leader in technological advancement. That’s no surprise. “

Countered Kennedy: “I’ve heard the argument about the China threat. I get that. People says it’s an investment, not spending. But I fear we’ve entered a period of stagflation. We need to freeze our spending of what’s in the budget and spend extra money only on defense, for obvious reasons.”

The Senate passed the CHIPS Act with 17 of 50 Republicans voting in favor, including Sen. Bill Cassidy.

“Senator Kennedy talks a lot, but he doesn’t get anything done,” said Luke Mixon, a former Navy fighter pilot who now lives in Baton Rouge and flies for Delta Air Lines. “He had the opportunity to lower costs for Louisiana families, create good American jobs, lessen our dependence upon foreign countries, and strengthen our national security. But once again, he chose party politics over the good of our state and our nation. I would have proudly joined Sen. Cassidy in voting to pass the CHIPS Act.”

Syrita Steib, who oversees a New Orleans-based nonprofit that aims to help female inmates after their release, also criticized Kennedy.

“Why does Sen. Kennedy continue to vote against legislation that would immediately strengthen our state and national economy and supply chain?” she asked in a statement. “The CHIPS Act would bring the production of semiconductor manufacturing and spur research and development to the U.S. and help ease some of the shortages we are currently experiencing in our supply chain.” 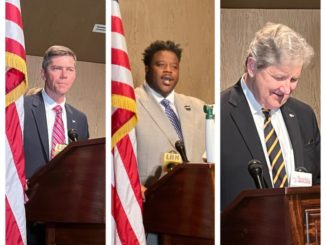 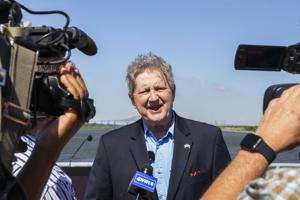 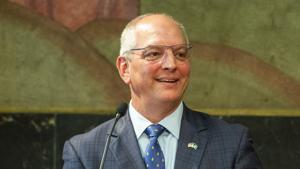 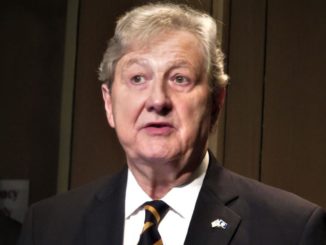 Three democrats will challenge Sen. John Kennedy on Nov. 8 ballot
About Mary Weyand 2199 Articles
Mary founded Scoop Tour with an aim to bring relevant and unaltered news to the general public with a specific view point for each story catered by the team. She is a proficient journalist who holds a reputable portfolio with proficiency in content analysis and research. With ample knowledge about the Automobile industry, she also contributes her knowledge for the Automobile section of the website.