Louisiana’s two U.S. senators joined the majority to expand care for veterans who suffer from illnesses because of exposure to toxins during their military service – legislation that last week they joined fellow Republicans to delay.

U.S. Sens. Bill Cassidy, of Baton Rouge, and John N. Kennedy, of Madisonville, had voted last week against a motion to conclude debate, a procedural maneuver that often kills bills, in order to consider amendments they thought would clarify wording in the measure.

Both voted Tuesday for the amendments, which were defeated, then joined an 86-11 majority backing the legislation that was largely unchanged from last week. The bill now heads to President Joe Biden’s desk, and he is expected to sign it.

Louisiana has about 283,000 veterans. How many from Louisiana were made ill from the fumes of burn pits, exposure to radiation and other toxins is unknown.

Officially known as the “Sgt. 1st Class Heath Robinson Honoring Our Promise to Address Comprehensive Toxics Act,” the PACT Act aims to expand benefits from the U.S. Department of Veterans Affairs to 3.5 million veterans nationwide. The PACT Act is named after Ohio Army National Guard Sgt. Heath Robinson, a medic deployed to Kosovo and Iraq who died in May 2020 after being diagnosed with a rare autoimmune disorder and stage 4 lung cancer.

“As a doctor, I know the importance of the PACT Act to care for our veterans and happily voted for final passage,” Cassidy said in a tweet.

“Sen. Kennedy has always supported veterans,” said Jess Andrews, Kennedy’s spokesperson. “He never voted against the bill but voted to extend time to improve the bill. The senator supported amendments that would help improve the bill to ensure resources wouldn’t be siphoned away from veterans, but Senate Democrats blocked that effort. While he is disappointed that this important improvement to the bill wasn’t possible, he remains committed to making sure veterans get the benefits they deserve, including through the PACT Act.”

Republicans wanted changes to technical language that moved money from one pot to another and raised a possibility that the funds could be used elsewhere. Republicans took a political shellacking for slowing up progress to the most sweeping veterans’ healthcare measure in a generation that had been backed by nearly all the senators, including Cassidy and Kennedy. Veterans camped out on the grounds of the U.S. Capitol in protest to the delay and comedian Jon Stewart criticized Republican senators by name.

Military-Veterans Advocacy, a Slidell-based non-profit, noted that instead of requiring veterans to prove exposure caused their illness, the PACT Act made it easier to raise claims for 23 diseases and disabilities suffered by veterans exposed to open air burn pits in Southwest Asia. The bill also covers radiation exposure received by some veterans in Eniwetok, Palomares, Spain and Uzbekistan. Additionally, it provides coverage for those veterans who served during the Vietnam Era in Guam, American Samoa, Johnston Island, Thailand, Laos and Cambodia.

“We have always emphasized the need for comprehensive legislation,” said Cdr. John B Wells, U.S. Navy (ret.) and chair of Military-Veterans Advocacy. “The PACT Act is a huge victory for veterans.”

American Legion National Commander Paul E. Dillard said in a statement: “After some unusual delays for a bill that is largely identical to what passed on June 16, a bipartisan majority of senators voted in favor of the Sergeant First Class Heath Robinson Honoring Our PACT Act. This act will save lives and offer health care and benefits for those exposed to the poisons of war while serving our country.”

The PACT Act will: 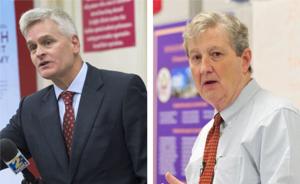 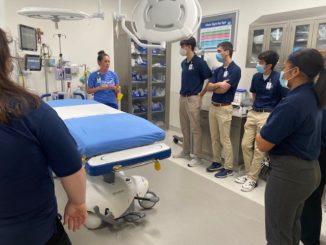 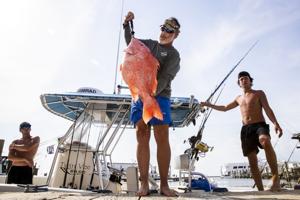 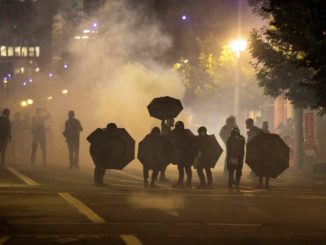 Tear gas: Senators decry lack of federal safety assessment
About Mary Weyand 2087 Articles
Mary founded Scoop Tour with an aim to bring relevant and unaltered news to the general public with a specific view point for each story catered by the team. She is a proficient journalist who holds a reputable portfolio with proficiency in content analysis and research. With ample knowledge about the Automobile industry, she also contributes her knowledge for the Automobile section of the website.