Candidate qualifying last week officially kicked off the elections in which voters in 3,934 Louisiana precincts will decide which six people to send to the U.S. Congress for the next two years.

How to apply the rules to get elected, probably for at least the next generation, will be decided by nine justices on the U.S. Supreme Court.

Many are worried that a newly activist Supreme Court — half-century-old constitutional protection to abortion overturned and the regulatory authority of the Environmental Protection Agency undermined in June alone — may further gut the Voting Rights Act of 1965.

A Louisiana case is at the center of that fight.

“It’s hard to predict this court,” said Michael Li, senior counsel at Brennan Center for Justice at New York University School of Law and a specialist in election law.

“This is a very maximist court that wants to overturn a lot of things,” he said. “This court is very skeptical about race, doesn’t like racial entitlements. They don’t have to gut the Voting Rights Act, though some justices may want that, but they could make the Voting Rights Act very hard to use.”

The congressional maps drawn by Louisiana’s Republican-majority Legislature, which also overrode the governor’s veto, only tweak around the edges of the same districts that 10 years ago grouped some voters and dispersed others in way that ensured the state would send five White Republicans and one Black Democrat to Washington, D.C.

That Louisiana’s population now is about one-third Black — about 40% total minority with a decreasing White population — was unpersuasive to legislators.

The Supreme Court delayed the order of a federal judge in Baton Rouge who found that Section 2 of the Voting Rights Act compelled Louisiana to include a second congressional district with enough Black voters to give a minority a fighting chance of winning — or at least requiring the winner to consider their policy views.

The high court linked Louisiana’s case to one in Alabama, which they’ll hear in October.

At issue are the “guideposts” needed to invoke Section 2 protections: generally, that a Black population lives close enough together and votes cohesively, in a state with a history of racial polarization, requires creation of a minority-majority district. Opponents of the Legislature’s maps point out that such a district could be based in north Baton Rouge and extend up the Mississippi River. The new district would be about 52% Black, as would the existing minority-majority 2nd Congressional District.

“It matters where people live,” said state Sen. Sharon Hewitt, the Slidell Republican who drew one of the congressional maps approved by the Legislature. “There aren’t as many predominantly white precincts and black precincts as there used to be. … We’ve had a Black president and many examples of Black leaders elected in White districts. I’m not sure it’s as critical today as it was in 1965.”

Fifty-seven years ago, President Lyndon B. Johnson signed the law that forbade the use of literacy tests and other methods to marginalize minority participation in governing. The Voting Rights Act required states with histories of discrimination, like Louisiana, to pre-clear any proposed changes to voting laws and to election districts.

A Supreme Court majority in 2013 removed that section of the law, saying it was no longer necessary. The ruling left Section 2 as the key route to challenge the majority’s decisions.

Republican Rep. John Stefanski, a Crowley lawyer who is Hewitt’s counterpart in the House, notes that differing interpretations of the law require both that Black majority districts be drawn in some instances and nevertheless say election decisions can’t be race based.

“I think it is telling that the Supreme Court tied Louisiana to Alabama. You could infer that they intend to set a new standard,” Stefanski said.

The Brennan Center’s Li notes that of the 155 congressional districts in the South, only 22 have Black majorities. Section 2 is the only way minorities can challenge “packed and cracked” election districts that minimize their opportunities for participation.

He likens prevailing in court using the existing Section 2 guideposts to those reality television shows in which contestants must jump from one greased log to another while swinging bags try to knock them off. “Very few Section 2 cases are successful. The idea that they (the Supreme Court) are going to make it harder to use is mind-boggling,” Li said. 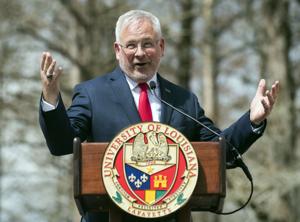 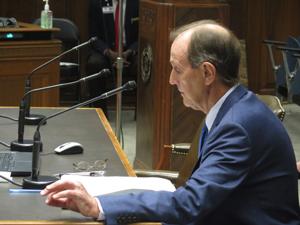 Billy Tauzin: Supreme Court election should go on as scheduled

An overlooked consequence of the Supreme Court’s gerrymandering rulings: Stricter abortion laws
About Mary Weyand 2624 Articles
Mary founded Scoop Tour with an aim to bring relevant and unaltered news to the general public with a specific view point for each story catered by the team. She is a proficient journalist who holds a reputable portfolio with proficiency in content analysis and research. With ample knowledge about the Automobile industry, she also contributes her knowledge for the Automobile section of the website.