Worried that a U.S. Supreme Court that abolished federal guarantees to abortion would do the same for interracial and same-sex marriages, legislation now before the U.S. Senate considers repealing previous laws that defined marriage as between a woman and a man, exposing sharp divisions among congressional Republicans.

Last week, the U.S. House sent to the Senate the Respect for Marriage Act on a vote of 267-to-157 – with 47 Republicans joining the majority, splitting House Republican leadership. Voter attitudes towards same-sex marriages have changed since the late 1990s and early 2000s when this issue was at the political forefront.

The legislative fight now shifts to the U.S. Senate. Neither of Louisiana’s senators has taken a position on the issue. But both Republican U.S. Sens. Bill Cassidy, of Baton Rouge, and John N. Kennedy, of Madisonville, have adopted the GOP position that the bill is a political sideshow.

“Isn’t it amazing how they totally tossed that out there to distract you guys?” Cassidy told The Hill, a trade publication that covers Congress, adding that the measure diverted attention from other issues like inflation and the border.

Democrats argue same-sex and interracial marriage need to be codified into federal law to protect against what Supreme Court Justice Clarence Thomas suggested in the decision that reversed a nearly half-century-old federal right to abortion by returning the authority to the states. The high court majority took pains to say that their decision solely dealt with abortion. Thomas wrote that the same legal theory that overturned Roe v. Wade could also be used to negate decisions about marriage, such as Obergefell v. Hodges, which in 2015 required states to recognize same-sex marriage, or Loving v. Virginia, which negated state laws banning interracial marriage.

Thirty-five states, including Louisiana, have laws still on the books that only allow marriages only between a man and a woman. A future Supreme Court ruling that overturned Obergefell would give states authority to decide marriage definitions and thus reengage Louisiana’s now dormant constitutional amendment that bans same-sex marriage.

“The bill is more of a messaging bill than a bill to try to solve problems,” Kennedy said, adding that he had not yet decided how he would vote. He doesn’t see same-sex or interracial marriages as being in jeopardy.

“If you read his concurrence carefully even Justice Thomas recognizes that abortion is different from the right to marry whomever you please,” Kennedy said.

Kennedy is running for reelection on Nov. 8. His comments prompted responses from his major Democratic opponents.

Gary Chambers, of Baton Rouge, said: “We got a senator who got up here and talked a whole lot about a bill before the U.S. Congress about protecting the right of people to marry the people they want to love as well as people to date and marry outside their race. He can’t give us a commitment about when this bill comes to the Senate whether he’ll vote for it. I can tell you today, I will.”

Also from Baton Rouge, candidate Luke Mixon said: “I would absolutely vote to support that bill, sir. I mentioned my parents and the things they always emphasized to me was dignity and respect for everyone, equality. And marriage equality is certainly a part of that.”

The issue is more personal for New Orleans Democratic candidate Syrita Steib, who is married to woman, Montrell Carmouche.

“I know firsthand the agony felt when discriminatory politicians prohibit marriages based on nothing more than prejudice,” Steib said. “Activists and policymakers across the country fought for years to guarantee my right to call Montrell my wife … But, after the Supreme Court’s decision to repeal Roe v. Wade, these decades of work are in jeopardy. My marriage is being jeopardized by a partisan court that refuses to respect the American people.”

About 71% of Americans support same-sex marriage, including 55% of Republicans, according to a May 2022 Gallup poll. But of those respondents who defined themselves as religious, 58% oppose same-sex marriage. That group also are energetic voters who generally back Republican candidates.

Democratic President Bill Clinton signed in 1996 the Defense of Marriage Act, which defined marriage for purposes of federal law as the legal union between one man and one woman as husband and wife. In 2004 as the congressional and presidential campaigns began earnest, Republican President George W. Bush pushed states to pass constitutional amendments defining marriage as being between a man and a woman. Eleven states, including Louisiana, did so. The issue helped drive GOP turnout.

As a state legislator in 2004, Scalise sponsored the legislation putting a same-sex marriage ban on the statewide ballot. Louisiana voters approved the definition with 78% of the vote.

House to vote on same-sex marriage, responding to high court 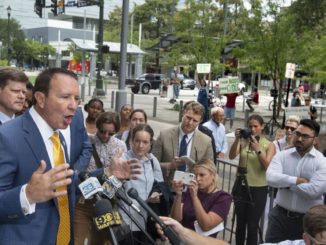 With abortion access on the line in Louisiana, lawyers debate in court if ban is ambiguous 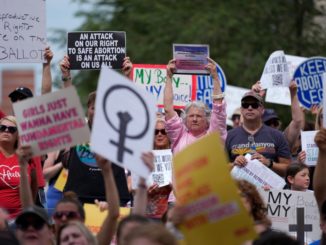 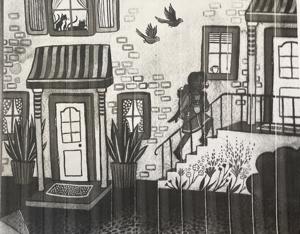 8 books sparked Livingston book debate; What should kids know about ‘Dating and Sex?’
About Mary Weyand 2203 Articles
Mary founded Scoop Tour with an aim to bring relevant and unaltered news to the general public with a specific view point for each story catered by the team. She is a proficient journalist who holds a reputable portfolio with proficiency in content analysis and research. With ample knowledge about the Automobile industry, she also contributes her knowledge for the Automobile section of the website.