BATON ROUGE – Movie production crews will once again take over parts of LSU’s campus as the college serves as the backdrop for yet another film hitting the big screen.

An LSU spokesperson says “The Mascot” will film on location at the college campus.

According to IMBD, the sports comedy centers around a quarterback who had it all in high school but becomes a mascot after losing his football scholarship.

Casey Scott, most known for his role in the CW’s “Riverdale,” will star in the film. Director Matthew Perkins told Baton Rouge Business Report that the cast would also include current student-athletes who will be compensated through name, image and likeness deals.

Perkins is partially basing the movie on his experience as the University of Georgia mascot in the early 2000s.

Filming begins at the university this fall, and the movie is set to debut in theaters in 2023.

Several productions have filmed at LSU over the past decade, including the “Pitch Perfect” series. 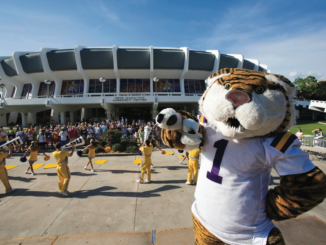 LSU, Mike the Tiger to feature in new scripted film

‘Where the Crawdads Sing’ comes to life and to the screen 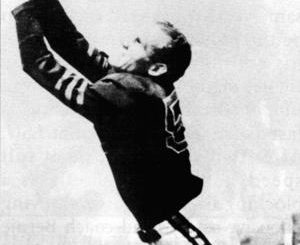 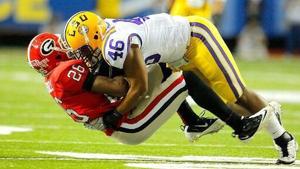 LSU book excerpt: Kevin Minter played middle linebacker as well as any Tiger ever
About Mary Weyand 2198 Articles
Mary founded Scoop Tour with an aim to bring relevant and unaltered news to the general public with a specific view point for each story catered by the team. She is a proficient journalist who holds a reputable portfolio with proficiency in content analysis and research. With ample knowledge about the Automobile industry, she also contributes her knowledge for the Automobile section of the website.