When Pete Maravich died back in 1988 at the untimely age of 40, having just stepped off a basketball court for a pickup game in Pasadena, California, it took no time at all for LSU to add his name to the Assembly Center.

After all, it was nicknamed “The House that Pete Built,” because of the crowds that jammed the purple and gold seats in the Parker Agricultural Coliseum across campus to be dazzled by “Pistol” Pete’s wizardry and scoring during his years as a Tiger from 1966-70. The tales of how he packed the old arena as a freshman when freshmen weren’t eligible to play for the varsity, then how the crowds would scatter when LSU’s then woeful varsity team took the court, have long become woven into LSU lore.

Despite how long ago Maravich played, and how long the Assembly Center has born his name — most of its 50 years now — it’s astounding how long it took to put up a statue to Maravich outside the PMAC. There have been statues for Bob Pettit and Shaquille O’Neal outside the arena, for Billy Cannon fronting Tiger Stadium, and one of Skip Bertman standing watch over Alex Box Stadium.

All of those got fast-tracked by comparison to one for Maravich. Then Gov. Bobby Jindal first proposed a statue for Maravich in 2014, and the LSU Board of Supervisors gave its approval in 2016, all after years of Maravich being ruled ineligible for such an honor because he never earned a college degree.

If it was an antiquated decision, it is no more. If it was a wrong, it has been righted. Because Monday evening, Maravich’s likeness finally took its rightful place among the garden of LSU basketball greats on the north side of the PMAC.

O’Neal was the most imposing physical presence, swatting basketballs off the court, shattering backboards and redefining what it means in basketball to be a big man in the paint. Pettit was an enduring symbol of consistent excellence, playing in a remarkable 11-straight All-Star Games and retiring in 1965 as the NBA’s then highest scorer and second-highest rebounder.

But there was no one like Maravich. Not ever. Not anywhere. A combination of a scoring machine and a stylish basketball artist, he amazed crowds both home and away with his prodigious scoring and his sleight of hand passes.

Like the rockets that thundered men to the moon concurrent with Maravich’s LSU career, using computers thousands of times slower than current smart phones, Maravich chiseled his name into the NCAA record books despite the lack of a 3-point line or shot clock.

He scored 3,667 points in three varsity seasons for the Tigers, an average of 44.2 points per game. He averaged 43.8 points per game as a sophomore, 44.2 as a junior and 44.5 as a senior. All of those are records that still stand more than a half-century later.

Whether or not people are of the opinion that sports figures deserve to be immortalized in bronze, now that LSU has started down that road there are some important additions to make since Maravich finally got his statue.

Eventually, there will be one for all-time women’s basketball great Seimone Augustus, a project that was announced earlier this year. Barring some unforeseen rush to put up a statue for someone else, Augustus will be the first former LSU female athlete so honored. Rightly so. Her basketball career as a local phenom at Capitol High, as a two-time national player of the year at LSU and a WNBA champion and three-time Olympic gold medalist makes her more than worthy. LSU’s tradition in women’s sports since the advent of Title IX, which like the PMAC also turns 50 this year, have provided the university with some of its proudest athletic moments. Augustus is an excellent choice to embody all of that.

If Cannon has a trophy, shouldn’t there eventually be one for LSU’s other Heisman Trophy winner, 2019 recipient Joe Burrow? There are probably a few years to go on that one, and Burrow only spent two years at LSU, but it’s hard to argue any quarterback and any team ever had a better season anywhere.

While LSU’s athletic memorials are starting to stack up, they should be and rightly are honors reserved for the best of the best. Maravich was always qualified. He probably was the most qualified all along. 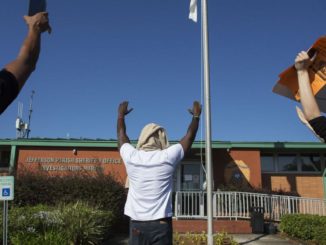 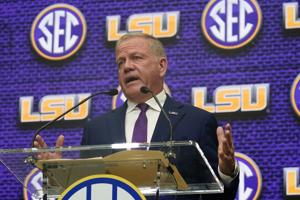 Scott Rabalais: As LSU has its day at SEC media days, accountability and trust top the agenda 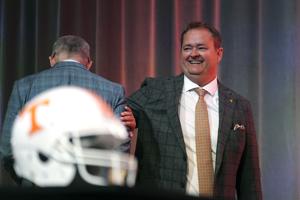 Scott Rabalais: Putting a wrap on the week that was at SEC Media Days in Atlanta
About Mary Weyand 2089 Articles
Mary founded Scoop Tour with an aim to bring relevant and unaltered news to the general public with a specific view point for each story catered by the team. She is a proficient journalist who holds a reputable portfolio with proficiency in content analysis and research. With ample knowledge about the Automobile industry, she also contributes her knowledge for the Automobile section of the website.