The biggest question for Brian Kelly going into his first season at LSU is an obvious one:

Will he be able to return the Tigers to their championship-contending ways after going a combined 11-12 the past two years, and how long will that take?

As they say in those financial consulting TV commercials, past performance is no guarantee of future results. But the past can often be prologue, and in Kelly’s case it’s an indication that LSU fans can at least expect the Tigers to move back toward their winning ways in 2022.

In Kelly’s previous four stints, his teams improved from the previous year three times. In the other stop, Kelly eventually took the program to heights it never previously achieved. Here’s a look:

Kelly got his start as a graduate assistant at Grand Valley State, becoming defensive coordinator before succeeding Tom Beck in 1991. Beck led the Lakers to a 10-2 record and an NCAA Division II playoff appearance in 1990 and Kelly nearly duplicated that, going 9-3.

“I remember when I first met Brian and started talking to him — and keep in mind I was 38 years old at the time and Brian was 34 — I remember thinking to myself, ‘This guy is every bit as smart as Saban and Pinkel,’” Selgo told the website MLive.com in 2013. “I really thought if we could get a couple of things done with our facilities, we could really get it going.”

It took several years, but Kelly eventually elevated Grand Valley State to unprecedented success. He led the Lakers to D-II national titles in 2002 and 2003 before leaving for Central Michigan. Kelly went 118-35-2 at GVSU, where Kelly is in the sports hall of fame. In 2011, the school named its indoor track and football facility the Kelly Family Sports Center.

When Kelly went to Central Michigan, the program had losing records in nine of the previous 11 seasons. Kelly’s first season at CMU wasn’t much better, but it was progress. In 2005, the Chippewas went 6-5, their first winning mark since 1998. Kelly went 9-4 at CMU in 2006 (19-16 overall), leaving for Cincinnati before the Chippewas’ bowl appearance.

Kelly would also leave Cincinnati for Notre Dame before coaching the Bearcats in the Sugar Bowl against Florida and left Notre Dame for LSU with the Fighting Irish in contention for a College Football Playoff berth. That move drew some national criticism in Kelly’s direction, exacerbated by a SI.com story in which New York Jets coach Robert Saleh was quoted saying Kelly made Saleh and fellow graduate assistant Matt LaFleur (now coach of the Green Bay Packers) shovel snow and work as valets for a party at Kelly’s home.

Saleh quickly pushed back at the notion that Kelly mistreated them.

“There’s a rite of passage when you’re a GA and a (quality control coach) and that was a funny story and not an indictment on how Brian treated us,” Saleh told USA Today. “Brian is a phenomenal man, he really is. And that was just one of those deals that was supposed to be a funny story that people took in a negative light. And maybe shame on me, I should have worded it better. But there’s a reason why Matt went back and worked for him. There’s a reason I tried to go back and work for him.

“He’s a really good man and he treats people the right way.”

Kelly took over when Mark Dantonio left Cincinnati for Michigan State, coaching the Bearcats to an International Bowl win over Western Michigan. Kelly would go 34-6 in three full seasons in Cincinnati, getting the Bearcats up to No. 4 in the AP poll in 2009.

Keith Jenkins, who covers the Bearcats for the Cincinnati Enquirer, said Cincinnati fans still dislike Kelly for leaving for Notre Dame. And they took great pleasure at the Bearcats beating the Irish 24-13 last season, a win that kept Cincinnati on pace for a CFP berth while Notre Dame finished No. 5.

That said, Jenkins believes Kelly will win big at LSU.

Jenkins said one of the things that makes Kelly successful is something he must do well at LSU in year one: maximizing the talent he has on hand.

“He’s able to say, ‘Here’s what we’ve got, how can we make the most of it?’” Jenkins said. “He does a good job of developing players. That’s his strongest suit.

“LSU (under Kelly) will be a problem for a long time. Whether you like him or not, he knows exactly what he’s doing.”

Eric Hansen, long-time Notre Dame beat writer for the South Bend Tribune, agreed that Kelly’s player development will be an asset to him at LSU. His relationships with players improved the past few seasons at Notre Dame, a factor in the Irish winning 10 or more games the past five seasons.

“In 2016 he had to redo a lot of things because he was weak in player relations,” Hansen said. “He had to have more of an open-door policy with players and get in the weight room. He made strides in that area.

“Yes, he maximizes the potential on the field. Hopefully for his sake he’s learned to be a closer in recruiting. You have to have the difference makers against Alabama and Clemson and 2019 LSU.”

Hansen isn’t alone in wondering whether Kelly will be a “fit” at LSU. It’s a valid question, but one perhaps well answered by Kelly’s record with his previous jobs. 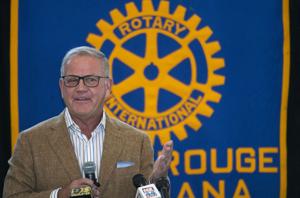 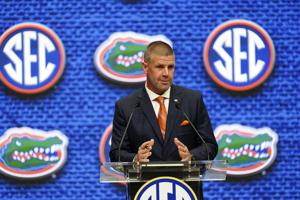 Scott Rabalais: Billy Napier aims to repeat the success he had at UL at demanding Florida 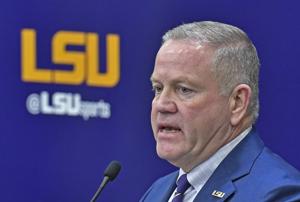 Scott Rabalais: The goal for Brian Kelly at SEC Media Days? That he and LSU are taken seriously 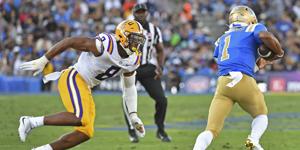 New LSU coach Brian Kelly says Tigers were ‘a tired team’ in 2021 opening loss at UCLA
About Mary Weyand 2472 Articles
Mary founded Scoop Tour with an aim to bring relevant and unaltered news to the general public with a specific view point for each story catered by the team. She is a proficient journalist who holds a reputable portfolio with proficiency in content analysis and research. With ample knowledge about the Automobile industry, she also contributes her knowledge for the Automobile section of the website.