A push by top state education officials to toughen how public high schools are graded suffered a major blow Thursday when a key advisory panel of superintendents voted to oppose the plan.

A motion to ask Louisiana’s top school board not to endorse the changes when it tackles the topic at its Aug. 23 meeting won approval from the Superintendents’ Advisory Council on a voice vote without dissent.

The tally followed a nearly three-hour discussion on the issue, and revived criticism from superintendents that began when the proposal was heavily criticized by the same group at its May 23 meeting.

State Superintendent of Education Cade Brumley and other backers say how high schools are rated today is a broken system, in part because 70% of high schools enjoy an A or B rating from the state even though college entry, ACT scores and other assessments are not in line with those marks.

Under the proposed new rating system, grades would be all but certain to drop for countless high schools, which would put superintendents under fire from parents and others.

The motion to oppose the new assessment blueprint was made by Sheldon Jones, superintendent of pubic schools in Richland Parish and recent chairman of the 24-member group.

It was seconded by Lafayette Parish schools Superintendent Irma Trosclair and won approval after only a brief discussion.

The new rules, which have been developed over the past six months, were recommended by a five-member study group of the state Board of Elementary and Secondary Education, and led by one of Brumley’s top lieutenants.

The changes would require students to do lots more for a school to earn an A-rating, including passing two college-level exams and getting 12 dual enrollment credits with a C-plus or higher on key subjects.

Schools would get no points for students who merely earned a high school diploma.

Restrictions would be placed on which students could take a test called WorkKeys that critics say is being used to inflate scores.

Doris Voitier, veteran superintendent of the St. Bernard Parish school system, is not on the council but attended the meeting and spoke for many of her colleagues when she criticized the proposal.

Voitier, a member of BESE, noted that today’s assessment system underwent extensive review before it was put in place.

She said it was unfair to use select indicators to push the proposal.

Voitier cited figures that show roughly the same percentage of students in grades 3-8 as high school students meet state expectations on a key assessment test while only 41% of elementary and schools are rated A and B compared to 70% of high schools.

“To say now, to use one indicator, as a flashpoint to get everyone excited about making this major change is really an unfair way to start the discussion,” she said.

Superintendents earlier signaled their concerns about the plan when they said it should be delayed until 2026 or 2027.

Others disputed state statistics designed to show that high school students perform well below levels that would allow 70% of schools to get an A or B rating.

Thomas Lambert, assistant superintendent for assessments, accountability and analytics, said while 56% of high school graduates start college only 42% are enrolled in the fall semester of the second year.

“We still have a disconnect between the number of kids who say they are going to a university and are ultimately successful in the university,” Lambert said.

After the meeting, Brumley reiterated his support for major changes in how high schools are assessed.

“Only 37% of high school students are proficient in core subjects like reading and math, our statewide ACT average is 18 and only 16% of our students are earning advanced credentials,” the superintendent said in a text message.

“Those figures clearly highlight the need to raise expectations within our accountability system.”

Scores on the ACT, which is supposed to measure college readiness, range from 0-36 and an 18 is below what experts say is college ready.

BESE member Ronnie Morris, of Baton Rouge, attended the meeting and is a member of the board’s work group that came up with the recommendations.

“When we consider specific changes, we need to ensure appropriate supports are in place so that our students will recognize the opportunities and understand they have valued after graduation,” Morris said in an email. 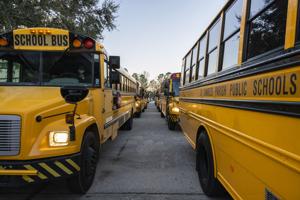 While superintendents are lukewarm, tougher rules may be coming in how high schools are graded

House to vote on same-sex marriage, responding to high court 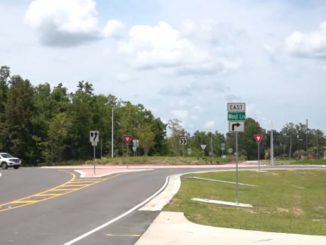 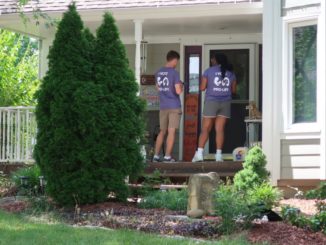 Kansas vote could allow ban, but abortion foes mum on plans
About Mary Weyand 2198 Articles
Mary founded Scoop Tour with an aim to bring relevant and unaltered news to the general public with a specific view point for each story catered by the team. She is a proficient journalist who holds a reputable portfolio with proficiency in content analysis and research. With ample knowledge about the Automobile industry, she also contributes her knowledge for the Automobile section of the website.