For Eunice native and 2019 LSU graduate Lauren Vidrine, one word she grew up hearing hundreds of times during her Cajun upbringing — ‘kyoo’ — helped shape her path during her teenage years and her time at the university studying linguistics.

Now her work studying Cajun English has made its way into “American Speech,” one of the flagship linguistics journals for research on languages and dialects in the United States.

During her time at LSU, Vidrine was able to conduct linguistic and acoustic analyses to analyze data on the word, with the help of LSU linguistics professor Irina Shport. Their data, combined with interviews Vidrine recorded with speakers from her hometown of Eunice, led Vidrine to publish “Kyoo, This Word Sounds Weird: A Case Study of a Cajun English Interjection” with assistance from Shport.

Late last month, Vidrine’s paper was accepted into American Speech and is the first known description of the word in academic writing.

“We scoured as many linguistic journals, scholastic search engines as we could to find any iteration of this word where it was described outside of just transcriptions,” Vidrine said. “It has appeared on some online urban dictionaries of Cajun dialect and it’s also on social media, as my paper discussed. But in terms of academics, the word has not been documented to our knowledge.”

According to Vidrine, the word “kyoo” is an interjection of surprise that could be, to a degree, compared to saying “wow” as the closest English equivalent word. Vidrine, however, noted that the two words don’t always necessarily compare, using the example of students meeting up at a campus library to study and finding not only one but two raccoons in their backpacks.

“They both sit down at the table and one of the students pulls out a raccoon from their backpack,” she said. “That student could utter ‘wow, a raccoon!’ and that would make perfect sense to most native English speakers. They would not be able to utter ‘kyoo, a raccoon!’ in that instance because the proposition hasn’t been established yet semantically.”

But with the entrance of a second raccoon, Vidrine said “kyoo” then becomes applicable to say in this scenario because of the greater level of surprise.

“But let’s say they were to pull out a second raccoon from their backpack, then they would be able to say ‘kyoo, another raccoon?’ and then it would make sense,” Vidrine said. “That’s the difference between ‘wow’ and ‘kyoo’, but the closest equivalent would be ‘wow.'”

Shport, who described the word’s origins as “unknown,” said they studied the word because of the way it is perceived in the community.

“Cajuns and non-Cajuns alike comment that it sounds ‘weird,’ as if the word is ‘not English,’” she said. “So, we wanted to investigate whether this perception is grounded in French influence in the formerly bilingual Cajun community.”

Vidrine said that she only noticed it as a local word when students at her high school who were not from Eunice began to ask about “what they called ‘the noise that we would make’ sometimes when we were surprised.”

After discussing the word at home with her family and being fascinated at how it didn’t fit traditional English linguistic conventions, Vidrine said it heavily influenced what she decided to study at LSU.

“That just kind of stuck with me for a long time and then once I finally made it all the way to LSU in my college days, I knew I wanted to study linguistics,” she said. “If I was able to study my native dialect, that’s absolutely what I wanted to go for.”

Not to be confused with the other, Vidrine said that ‘kyoo’ is neither Cajun French nor Cajun English and is instead a combination of the two dialects.

“It is considered a word both in Cajun French and Cajun English so generally, that’s why we’ve been labeling it just a Cajun interjection because it can be used in both,” she said.

Vidrine said she hopes having “kyoo” in an academic journal could help dispel stereotypes that Cajun English is uneducated or incorrect speech.

“Just like British English that so many people in America seem to see as so prestigious, just like the trans-Atlantic accent that was used in old Hollywood, they’re all rule-based just like Cajun English is,” she said. “I feel like being able to say I wrote a paper on Cajun English and it made it into an academic journal would absolutely give it leverage in terms of having a different perspective from outsiders.” 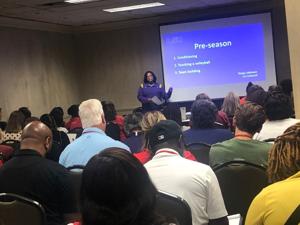 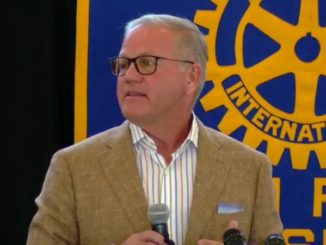 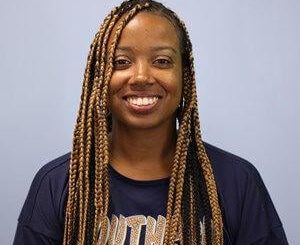 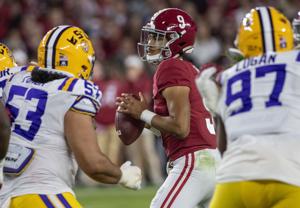 On stage Tuesday at SEC Media Days: Alabama, Vanderbilt, Miss. State and South Carolina
About Mary Weyand 2875 Articles
Mary founded Scoop Tour with an aim to bring relevant and unaltered news to the general public with a specific view point for each story catered by the team. She is a proficient journalist who holds a reputable portfolio with proficiency in content analysis and research. With ample knowledge about the Automobile industry, she also contributes her knowledge for the Automobile section of the website.