Like any other south Louisiana resident, Ariane Shelling’s electricity bills have ballooned as summer temperatures continue to rise.

Shelling, a registered nurse who lives in a 2,900-square-foot house in Chalmette, owed $231.29 for her April bill, a typical charge from Entergy Louisiana, her electricity provider. The invoice rose to $358.87 in May.

Shelling is far from alone. Bills are skyrocketing for residential customers amid persistent, sweltering summer heat.

The culprits are obvious, regulators and utility executives say. Electricity usage has hit record levels as air conditioners have revved up, and natural gas prices — the state’s primary fuel for electricity generation — have reached levels not seen in years.

Relief, however, is much harder to pin down.

Some regulators have revived arguments about unleashing the market so consumers can shop around for power. They’ve asked Entergy, Louisiana’s largest electricity provider, to offer more customer relief and to accelerate renewable energy investments to avoid fossil fuel volatility.

But utility executives and other regulators say unmooring the market would do more harm than good. The utilities also say they’ve opened their financial toolboxes to reduce ratepayers’ burdens.

That may not be enough help for lower-income residents, according to some lawmakers and consumer advocates.

“There’s going to be many people, if the prices keep going up, that are going to be without lights,” said state Rep. C. Denise Marcelle, a Baton Rouge Democrat who has contacted Entergy and the Public Service Commission for answers. “We’re all going to complain, but some of us have the means by which to pay it.”

‘I’ve done everything, and I’m aggravated’

The Advocate | The Times-Picayune asked readers to submit their electricity bill nightmares. The stories told here were verified through interviews with residents who agreed to divulge their bill details.

Residents have tempered their usage by raising thermostat temperatures, unplugging appliances and hoping for the best.

Shelling and her husband have ordered new windows. They’re also considering reinsulating their attic and are resealing the home’s exterior.

“We’re coating like every single crack and crevice on the outside of the house at this point,” said Shelling. “I don’t know what else we can do.”

Cathy Zito, a project manager who lives in Metairie near Bonnabel Boulevard, has unplugged every lamp and small appliance she can find. She has shutters on the front of her house and vinyl windows for greater energy efficiency. Her cooling system is in pristine condition.

“I’ve done everything, and I’m aggravated,” she said.

Meagan Hudson, an insurance agent and a DEMCO customer, lives in Lakes at North Park in Denham Springs. She and her husband keep the thermostat at 74 degrees, and she turns off lights while working from home.

Her bill rose from $144 in May to $310 in July, even though her usage fell compared to the same month last year. Neighbors have reported similar increases.

Jordan Motahari, a Cleco customer who lives in Covington Point in Covington, has kept a diary of her meter usage ever since Hurricane Ida, when her bills rose even after losing electricity for two weeks.

Her bill went from about $73 in May to $152 in June despite her diligence. Her kilowatt hours — the unit that measures monthly electricity use — climbed from 660 in May to 905 in June.

Some residents have even reported $800 bills, said Logan Burke, executive director of the Alliance for Affordable Energy, a New Orleans consumer watchdog group.

“We are hearing from people who are being evicted because they can’t pay their utility bill,” Burke said.

Three primary factors are influencing electricity bills, according to the Public Service Commission, the state agency that regulates most Louisiana utility companies.

The first is the basic rate utilities charge customers. The average residential electric rate for Louisiana was 12.5 cents per kilowatt hour in July, up from 10.4 cents the same month a year ago, according to PSC data.

“It’s been an abnormally warm summer in just about every major city in Louisiana,” PSC Executive Secretary Brandon Frey said.

The second factor is storm restoration costs, or charges to pay off providers’ debt for fixing hurricane damage. For Entergy Louisiana customers, storm costs for the 2020 and 2021 hurricanes arrived in June and will stick for 15 years.

The third — and most impactful — factor is the fuel adjustment charge, or power cost adjustment. It’s a pass-through charge that utilities say covers rising fuel costs and doesn’t generate profits.

Amid a supply crunch due to decreased oil and gas production and Russia’s invasion of Ukraine, U.S. natural gas prices have doubled to levels not seen since 2008, according to the U.S. Energy Information Administration.

As a result, the state’s average fuel adjustment rate jumped from 3.4 cents per kilowatt hour in 2021 to 5.5 cents this year, according to PSC data.

Shelling, of Chalmette, paid a $289.24 fuel adjustment in July following a 700-kilowatt hour usage increase. For Zito, the Metairie resident, the fuel adjustment was $160.

“If we are so entirely dependent on that single fuel system or fuel source, of course it’s going to be way, way too expensive when these fuel prices spike,” Burke said.

At the PSC’s Wednesday meeting in Shreveport, commissioners directed their ire at Entergy executives, imploring the state’s largest provider to offer more relief.

“We hear you loud and clear, both the commission and our customers, the burden that is being placed on our customers,” Phillip May, Entergy Louisiana president and CEO, told commissioners.

Entergy Louisiana has deferred about $87 million in fuel costs to future bills, though PSC filings indicate those costs could be recouped later this year. Entergy also said it will temporarily waive fees for late payments and credit cards and will steer $10 million toward payment assistance programs.

Commissioner Craig Greene, who represents part of the Baton Rouge area, questioned the math behind a June letter saying the average Entergy Louisiana customer would see a $25 jump.

May defended that calculation, saying bills were bound to rise for customers using more than 1,000 kilowatt hours in a month. “The math just works. It’s linear,” he said.

Greene asked if Entergy would chip in more for storm restoration costs. May said without those collections, lenders would question Entergy’s solvency and would stop granting loans.

“We’re in a hell of a mess now,” Campbell said.

May pushed back, saying it was cost-prohibitive until recently and that Entergy Louisiana has about 2,500 megawatts worth of solar projects waiting in the wings.

Campbell and Greene also wondered whether the state should re-examine deregulation, or loosening territorial monopolies for Louisiana electricity providers and bringing in competition. The PSC punted on deregulation in 1999.

“It’s been a long while since we’ve looked at what model is going to be the absolute best for the customer,” Greene said.

Mark Kleehammer, Entergy Louisiana’s vice president of regulatory and public affairs, said the lowest rate in Texas, which deregulated its market in 2002, is 14.9 cents per kilowatt hour for a three-year contract, compared to Louisiana’s 12.5-cent average.

Entergy Louisiana’s base July rate was 15.8 cents per kilowatt hour, the highest in the state and up from 11.7 cents in July 2021.

“You deregulate, you walk away,” he said. 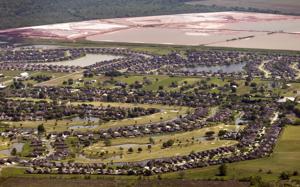 Why is the sky red like ‘a sunset’ in the early afternoon? Residents blame chronic dust from plant 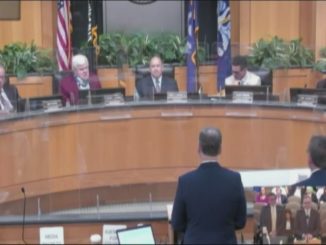 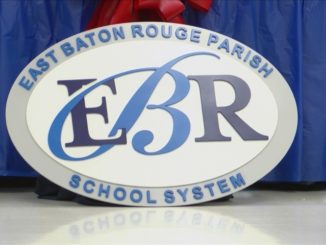 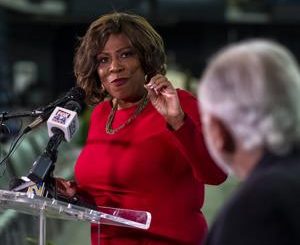 East Baton Rouge seeks pay raise for cops, who remain among the lowest paid in area
About Mary Weyand 2088 Articles
Mary founded Scoop Tour with an aim to bring relevant and unaltered news to the general public with a specific view point for each story catered by the team. She is a proficient journalist who holds a reputable portfolio with proficiency in content analysis and research. With ample knowledge about the Automobile industry, she also contributes her knowledge for the Automobile section of the website.