Accused of swindling the federal government of hundreds of thousands of dollars in pandemic relief money, Ascension Parish resident Tynea Lynnshay Gray promised her followers on social media a cut of the action if they helped her in one of her schemes.

Her promises often came with exhortations like “‘Y’all know what to do,'” a witness has alleged to a federal grand jury, to implicitly encourage those followers to contact her, file bogus paperwork and take other steps to receive the pandemic aid on false pretenses.

The federal grand jury in Baton Rouge has accused Gray of taking the U.S. pandemic unemployment assistance program and a related small business loan program for about $571,000 combined through schemes that went on between June 2020 and October 2021.

In one of the schemes, Gray, a 23-year-old college graduate who was honored a decade ago as a Gonzales middle school student for being a top fundraiser among her peers, convinced around two dozen people to claim falsely that they lived in California and worked at a California Walmart that had closed in the COVID pandemic, the indictment alleges.

These people falsely claimed they had lost their jobs at the Walmart and filed for supplemental unemployment assistance. Those claims alone netted more than $550,000 combined for Gray and many of the applicants, the indictment alleges.

Gray, who listed a Donaldsonville address at the time of the scheme but recently moved to Prairieville, has been charged with two counts of mail fraud and a count of wire fraud.

Prosecutors in the U.S. Attorney’s Office in Baton Rouge are also seeking to force her to forfeit the money.

The indictment was unsealed earlier this month after agents picked her up July 11, court papers say.

Gray, who has a past history of state financial fraud allegations against her in Louisiana, has pleaded not guilty to the federal charges but remains in detention as a flight risk, court papers say.

Her federal public defender, Catherine Maraist, pointed out on Monday that an indictment is only an allegation, saying the truth will come out as the case proceeds. She declined further comment.

The federal government put out hundreds of billions of dollars through the CARES Act and other measures to keep people and businesses solvent during the slowdowns from the pandemic. Those measures included the supplemental unemployment program, known as PUA, and a $649 billion program to sustain small businesses, known as the Paycheck Protection Program, or PPP.

At least 27 times, Gray had people request debit cards for the supplemental unemployment assistance from the California program in their names and with their personal information and had the cards shipped to her home address then in Donaldsonville, the federal grand jury alleges.

“Once received, Gray sometimes delivered the debit cards to individuals in exchange for a portion of the funds,” the grand jury alleges in the indictment.

The indictment names Gray as the only defendant.

Holly Sheets, spokeswoman for federal prosecutors in Baton Rouge, said she could not comment any further than what is in the public record.

At least seven times, the grand jury also alleges, Gray submitted claims without the knowledge of people named in applications. In June 2020, she also submitted an unemployment claim in her own name with same false story about a lost job at a Walmart California.

The indictment details two unnamed people, an “Individual A” from the White Castle and Plaquemine areas and a “C.W.” of Baton Rouge, who each had bogus unemployment claims submitted in their names totaling a combined $16,831.

Individual A filed the claim with Gray’s aid and from her laptop in Donaldsonville in July 2020 while C.W. had a claim filed without his knowledge the same month, the indictment alleges.

In February 2021, Gray also filed false claims with the federal small business program, or PPP, with the business name Royaldiamondzkollection LLC and two other businesses. She was able to pull in at least $20,833 in PPP funds, the indictment alleges.

In a hearing on Thursday, U.S. Magistrate Scott D. Johnson found Gray was a flight risk. Among the reasons for his ruling, he noted the weight of evidence against her, her past criminal history, past failure to show up for state court proceedings, past attempts to evade law enforcement, and past violations of probation, parole or supervised release.

Though some earlier Ascension charges were later dropped, others are still pending, including late September and early October 2021 allegations that she cashed nearly $5,000 in bogus checks in the name of a former employer at a local grocery store in Gonzales.

For the 2020 bank fraud conviction, Gray received a suspended sentence as a first-time offender.

In late February, she received an automatic first-time offender pardon from the state. She was arrested a little more than two months later on new forgery and felony theft counts in Ascension, court papers say. 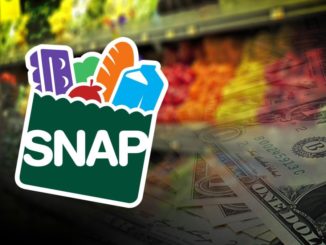 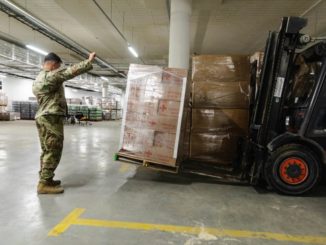 Ukraine gets $1.7B in fresh aid to pay health care workers

‘These people must be saved’: Ukrainians train in combat aid 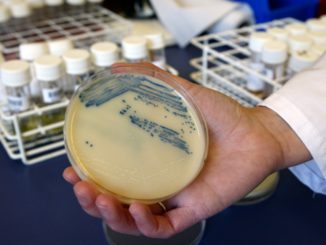 Superbug infections, deaths rose at beginning of pandemic
About Mary Weyand 2622 Articles
Mary founded Scoop Tour with an aim to bring relevant and unaltered news to the general public with a specific view point for each story catered by the team. She is a proficient journalist who holds a reputable portfolio with proficiency in content analysis and research. With ample knowledge about the Automobile industry, she also contributes her knowledge for the Automobile section of the website.