Many speakers open with humorous anecdotes.

Dr. James Andrews chose one that hit close to home.

A video showed a middle schooler struggling to walk after playing seven basketball games over a two-day period. An X-ray and a diagnosis of Sever’s Disease in which the Achillies tendon pulls on the growth plate in the heel bone followed.

“That patient is my grandson,” Andrews told a group of athletic trainers and coaches on hand for the Sideline Summer School offered by the Ochsner Andrews Sports Medicine Institute Monday at The Dunham School.

“We’re not against youth sports,” Andrews later added. “We’re trying to keep them (youth and high school athletes) from being operated on.”

The 80-year-old Andrews is perhaps the world’s most celebrated sports orthopedic surgeon. His patients include the likes of Michael Jordan, Drew Brees, Jack Nicklaus, Bo Jackson and John Smoltz.

The Homer native who won an SEC pole vault title at LSU was not seeking accolades for past work during his keynote address that ended the five-hour event.

Andrews’ goal was two-fold — highlight the S.T.O.P./Sports Trauma and Overuse Prevention program; and stress the need for states, including Louisiana, to adopt sports injury accreditation programs for youth coaches.

“You cannot teach injury prevention or detection in two hours. But a two-hour class is a start,” Andrews said. “It shows (youth coaches) what to look for when a player gets hurt. It also teaches coaches about other things, including liability, that many of them don’t realize.”

Like other experts, Andrews points to a sports culture that has youth and high school athletes competing year-round and often specializing on one sport as a major issue. Attaining a college scholarship one day is the goal that backfires.

• Overuse injuries have increased 10-fold in young athletes since 2000. The number of younger athletes having ACL and Tommy John surgeries continues to soar.

• There should be pitch counts for youth baseball and softball. The notion that softball’s underhand motion is natural and limits injuries is a myth.

• Minimum time for a youth/teen athlete to return to play after an ACL surgery is nine months. The chance of an injury to the same knee or the other knee rises significantly with earlier return to play.

Critics’ response of “give me a break” to these topics is something Andrews readily turns around.

“They (athletes ages 14-and-under) should have a two-month break with no organized leagues or intense training,” Andrews said. “Three to four would be better. Do conditioning, flexibility and strength work.

“Youth sports is a $10 billon industry. Parents mean well, and God bless them. So much of what they (family) do socially is wrapped up in sports. They think when their child gets injured, the sooner they have surgery the better, they will be fixed and that is not true.”

Andrews notes a study of athletes operated on for the same elbow/shoulder injuries in either the freshman/sophomore or junior/senior seasons. The study found that the junior/senior group was five times more likely to receive scholarships.

One other sobering take from Andrews: Studies show that when pressure or burnout prompts athletes to quit sports before high school, they don’t come back. And those individuals are less likely to be active adults.

NO FANFARE: Andrews serves as the team doctor to multiple teams, including Auburn and the Washington Commanders, and says it requires unbiased focus.

“I do enjoy winning (teams),” Andrews said. “You can’t be a fan and be a team doctor or athletic trainer, otherwise you’ll make a mistake about sending somebody back in a game. Your job is to care for the player.”

SURGERY IS NOT THE ONLY OPTION: Though he is known for his surgical skills, Andrews adds, “Do you know what the art of medicine is? The ability of us as doctors and therapists to entertain a patient long enough for mother nature to get them well.”

BAMBOO AND HAY: Andrews taught himself to pole vault to by cutting bamboo poles he would use to jump over ditches behind his family’s home.

“I did that because I wanted to be Tarzan,” Andrews said.

Working in the hay fields each summer was the way Andrews and his teammates got acclimated to the summer heat before football practice.

“I have a video of him on my phone and I watched it in slow motion … it’s amazing,” Andrews said. “My wife always tells me if you are talking about what you did yesterday, you have not done much today. I gave him that quote. I said, ‘Sky is the limit, let’s try 21 feet.’ ” 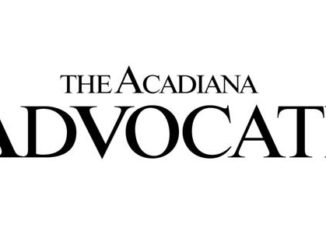 Check out the Outdoors calendar for meetings, fishing tournaments and LDWF updates | Sports 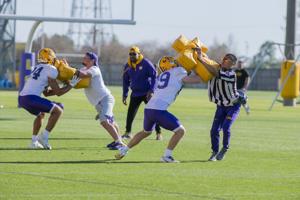 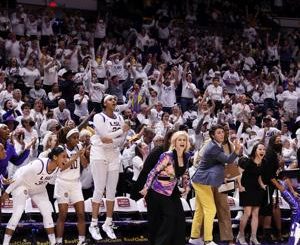 After a predictable pandemic hiatus, The Rabbys return to highlight the LSU sports year that was 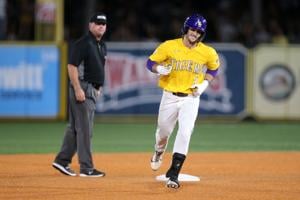 Seven LSU baseball players receive Louisiana Sports Writers Association honors
About Marc Lemoine 267 Articles
Marc is an Economist and a well experienced weightlifter who has won many championships. He intends to build a bright career in the media industry as well. He is a sports freak who loves to cover the latest news on sports, finance and economy.