For the past three seasons, the Southern football team had a familiar look to the one that preceded it, thanks in part to the extra year of eligibility granted players by the NCAA because of the COVID-19 pandemic.

Also, the previous coaching staff had stocked up on young players and used redshirts wisely.

First-year coach Eric Dooley is expected to have 105 players report Tuesday for preseason camp, which begins with the first practice Wednesday. The Jaguars will welcome 42 new faces, including at least 22 from the transfer portal.

It’s not a complete makeover of the roster. The Jaguars have 11 starters returning, along with multiple players who saw extensive action. But Dooley spent the spring installing his up-tempo offense while longtime friend and defensive coordinator Henry Miller set about retooling the defense.

“Southern is always a strong program with good players, but I had to make sure we built depth and got the players to fit my system,” Dooley said. “We (coaches) have high expectation, and they go hand-in-hand with the expectations of Jaguar Nation.”

Camp will happen the next two weeks before the players move into their permanent residences when classes begin Aug. 15.

One of the newest players expected to report is former Arkansas defensive lineman Andy Boykin, who announced his transfer to Southern last month. Boykin (6-foot-4, 290 pounds) signed with Arkansas in 2020 as a three-star recruit out of Troup High School in LaGrange, Georgia. He did not play last season and appeared in one game as a freshman in 2020.

Southern got a major transfer at the same spot in All-Southwestern Athletic Conference tackle Jason Dumas, who followed Dooley from Prairie View to play his senior season in his home state.

Dumas was a star player at St. James High School.

Dumas is one of several transfers expected to beef up a defense that ranked eighth in the league in scoring (30.8 points per game) and total defense (400.5 yards per game). Among those are Iowa transfer linebacker Daeshawn Davis, Troy transfer cornerback Terrence Dunlap and Bowie State All-American transfer cornerback Demetri Morsell.

“We’ve got to scratch where it itches,” Dooley said. “I’ve got to make sure defense is a good as the offense, if not better.”

Dooley named junior college transfer Besean McCray as the starting quarterback after spring practice but said he will have to continue to compete to hold the job. Bubba McDaniel returns after starting eight games last season. He’s the only quarterback on the roster with Division I experience.

Jaguars No. 9 in poll

Southern is ranked No. 9 in the BOXTOROW HBCU pre-season top 10 media poll released last week. The Jaguars were not ranked in the coaches’ poll.

The Jaguars, 4-7 last year, are one of two programs with losing records that made the rankings, along with No. 10 North Carolina A&T.

Southern was 16 points behind No. 10 Tennessee State in the coaches’ poll. The Jaguars received 33 voting points, well ahead of rival Grambling with five.

Jackson State was ranked No. 1 but received only six of the 18 first-place votes. No. 2 South Carolina State, which beat JSU in last year’s Celebration Bowl, had 10 first-place votes and 161 points, five behind the Tigers.

Homecoming, against Virginia-Lynchburg at 4 p.m. Oct. 22, is the Columbia blue game. The home finale against Mississippi Valley State, at 4 p.m. Nov. 12, will be the camouflage/navy game. 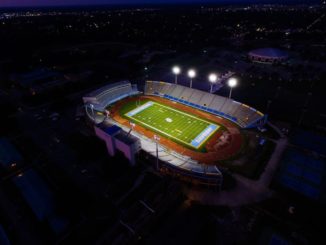 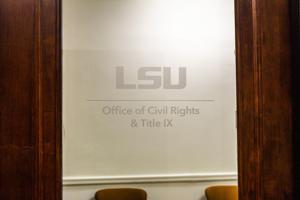 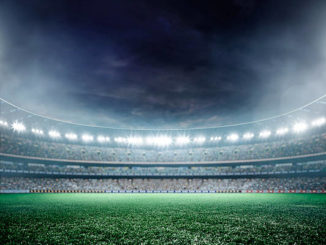 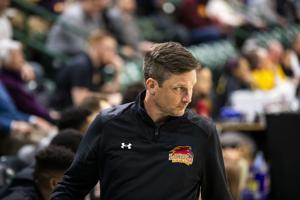 Check out the Schedule for the Louisiana High School Coaches Association Convention | High School Sports
About Marc Lemoine 324 Articles
Marc is an Economist and a well experienced weightlifter who has won many championships. He intends to build a bright career in the media industry as well. He is a sports freak who loves to cover the latest news on sports, finance and economy.