Canada’s hotel performance was the highest of the pandemic-era, with monthly hotel room rates reaching an all-time high, according to STR’s June 2022 data.

In addition to the highest ADR level on record, the June RevPAR level was the country’s highest since August 2019, while occupancy was its highest since September 2019.

“June was an exceptional month for Canada hotels, with RevPAR exceeding 2019 levels for the first time since the pandemic began, and, on nominal terms, reaching the highest level for any June on record,” said Laura Baxter, CoStar Group’s director of hospitality analytics for Canada. CoStar Group is the parent company of STR.

“Notably, the RevPAR index across all location types was over 100, including at airport and urban hotels, for the first time since the pandemic started,” Baxter said. “The main driver of the RevPAR recovery is still ADR, which has been higher than 2019 levels for four consecutive months. Meanwhile, occupancy remains slightly below the pre-pandemic comparable, as a small gap in group and weekday demand is holding back the metric from full recovery. Despite the deficit, the rebound in group demand is also going from strength to strength, reaching 2.5 million room nights in June, up from 2.9 million in June 2019. Group ADR also exceeded 2019 for the first time. Although group demand is expected to fall in line with seasonal trends over the remainder of the summer, it will play a pivotal role in the fall and spring if momentum from leisure demand fades.”

Among the provinces and territories, Nova Scotia recorded the highest June occupancy level (79.7%), which was 5.5% above the pre-pandemic comparable.

Among the major markets, Toronto saw the highest occupancy (84.4%), which was a 0.9% increase from 2019. Of note, Montreal, which hosted the Canadian Grand Prix, reached an occupancy level of 75.8%.

“The most recent data from Statistics Canada shows that international visitor numbers are well above 2021 levels but remain less than half of 2019 at 47%, suggesting a huge opportunity for hoteliers to benefit from more international visitation,” Baxter said. “In mid-July, however, random testing for fully vaccinated inbound air travelers resumed, adding to the hassle of crossing the Canadian border. This change will likely add downward pressure to international demand recovery. Thankfully, the domestic market will keep hotel demand strong for the remainder of the summer, and anecdotal evidence suggests that the booking pace is strong into September. However, with rising interest rates and costs, discretionary spending from domestic leisure travelers will likely be increasingly scrutinized in Q4 2022 and Q1 2023. At that time, international hotel demand recovery, and other lagging segments, will be even more critical to replace any drop off in demand from the leisure segment, which has led the recovery thus far.” 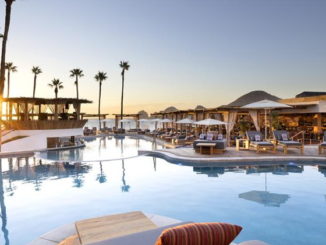 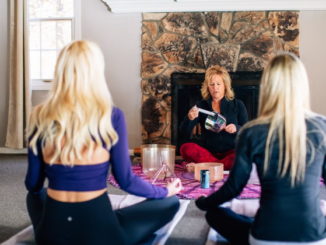 Hotels Are Learning to Bring Back Corporate Groups

Las Vegas Sands Reports Second Quarter 2022 Results
About Mary Weyand 2472 Articles
Mary founded Scoop Tour with an aim to bring relevant and unaltered news to the general public with a specific view point for each story catered by the team. She is a proficient journalist who holds a reputable portfolio with proficiency in content analysis and research. With ample knowledge about the Automobile industry, she also contributes her knowledge for the Automobile section of the website.